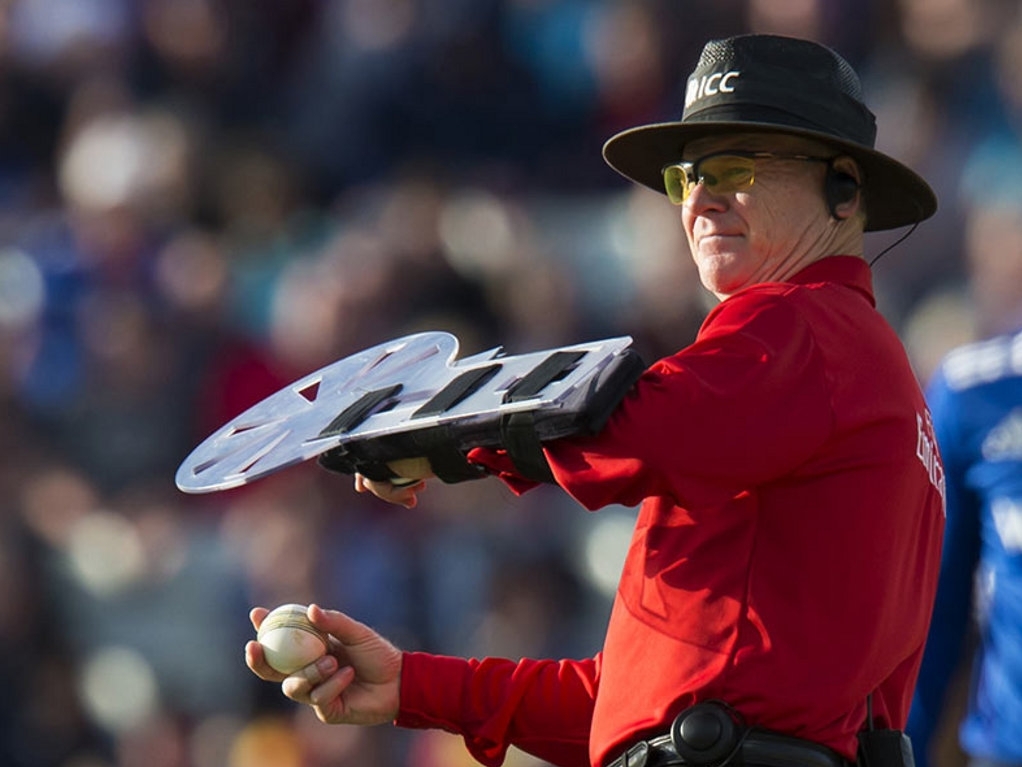 International umpire Bruce Oxenford has attracted attention in recent months by wearing a self-designed arm shield when he stands in the middle, which features a disc to protect his face.

The Australian official says he came up with the idea when he was in India earlier this year, after a colleague had been struck on the head while officiating in a Ranji Trophy match.

Oxenford said in the Daily Mail: "There's been talk of helmets but I don't really want to wear one because I think it will restrict my peripheral vision and hearing and also I don't think I'm going to get hit in the face.

"The natural thing is to throw your hands up in front of your face and turn your head away when the ball comes at you but then I thought, 'What if there's something like an extended arm guard which would act as a shield?'

"I felt I could make it work. I would be able to do everything I need to do and not get in the way of the bowler.

"I did a bit of research and looked at polycarbonate, which is basically like bulletproof glass. It's extremely strong and you couldn't break it with a sledgehammer.

"I had people throw cricket balls at me from close range and it stood up to the test. I don't actually have to move it very far.

"The way I stand, it's already protecting my chest and upper body and if the ball comes at you it's really just moving it up a little bit and it covers your face.

'More people get hit on the body than the head and more deaths have happened in cricket when people have been struck on the body, so this is multi-purpose."

He added that while he has endured some teasing about it, there have been people asking about how they can get hold of one, and Oxenford has been in touch with a leading cricket gear company already.

He added: "It's been very good even though a lot of umpires have taken the mickey out of me.

"Paul Reiffel called me Batfink and Joe Root said I look like Captain America, so I've had that sort of stuff, but it's also been overwhelmingly positive.

"A lot of guys have asked me if it will become commercially available and I've spoken with Gray-Nicolls about it already. I showed them the first prototype and they're working on something similar.

"A lot of guys have told me I should call it the Ox Block, which sounds alright to me.

"I wouldn't be surprised if every umpire had one in a few years' time. Personally I just think it's the sensible thing to do. All in, it cost me $120 to make as a one-off so it would be cheaper if they were made in bulk. I hope it is here to stay."