Umpires considering use of protective gear 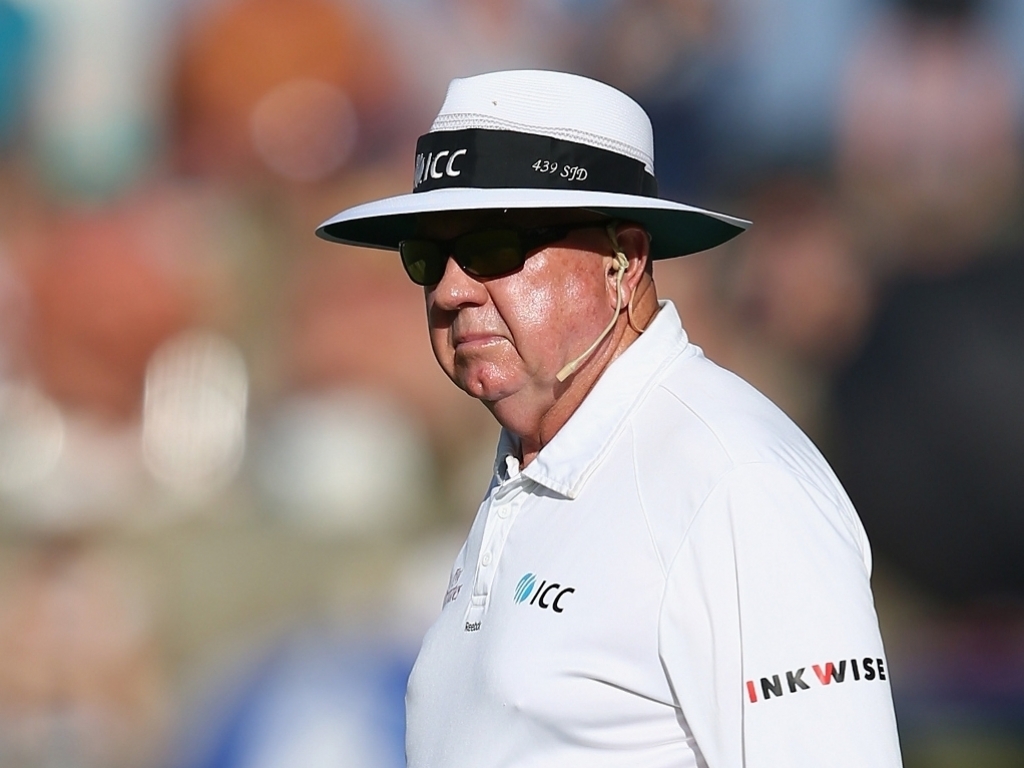 Umpires in First Class cricket in England are considering the use of helmets and protective gear when standing in the middle, in light of how big the bats are these days, and how hard players hit the ball, especially in T20s.

The ECB have started looking into the idea, with umpires manager Chris Kelly meeting up with sports protection expert George Fox to discuss how to make the game safer for the officials.

This comes nearly a year after Australia batsman Phillip Hughes was struck on the neck by a bouncer and passed away two days later, due to a burst blood vessel damaging his brain.

Fox said on Cricinfo: "Umpires are in a precarious position. Being struck on the shins and thighs is not going to end their careers but the sternum, the heart, the kidneys and the back of the head are vulnerable places.

"But we do not want a superman syndrome and overheat them or produce head gear that will make them look ridiculous. Additional protection would need to fit within the umpire's conformity and not be distracting to the batsman.

"The head moves more quickly out of the line than the body and there is a real risk of the ball deflecting off the stumps, but because of the question of insurance, equipment would be an umpire's personal choice. Any sensible solution would be well received by them and would not necessarily need an ECB stamp of approval."

Umpire Rob Bailey, a former England batsman, said of his concerns: "A lot of people are in danger. Bats are massive now and are only going to become more powerful and the ball is pinging off them. Fortunately no-one has been badly hit.

"I have been struck once this season. Umpires are pretty mobile now but the ball followed me at square leg in a televised match and luckily hit the battery pack strapped on my back. Some umpires are wearing boxes now and chest pads in the future are a consideration."