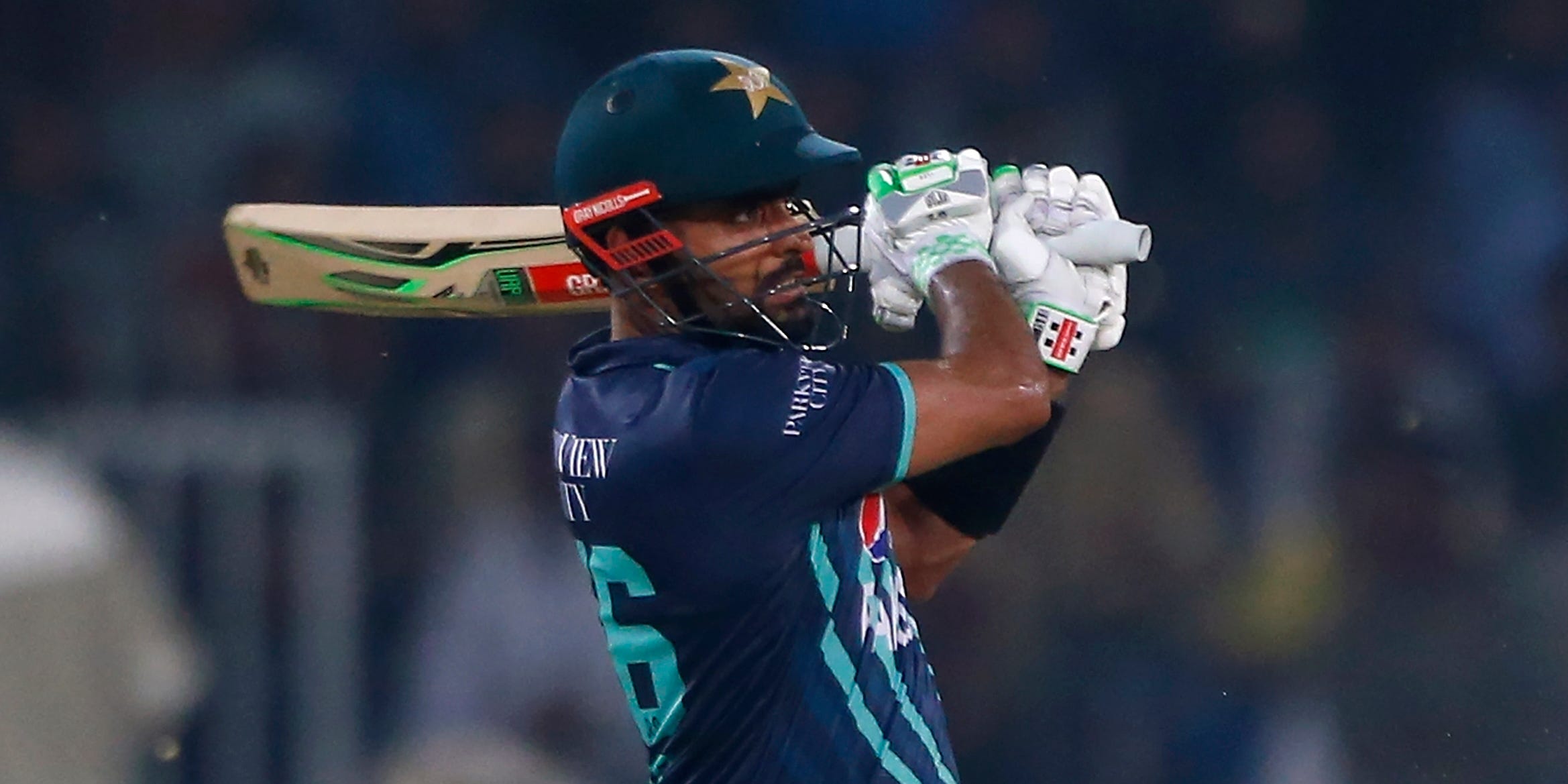 Babar Azam carried his bat for 87 not out, leaving England chasing 170 in their must-win Twenty20 clash in Lahore.

With the in-form Mohammad Rizwan missing – officially rested despite his hot streak – Babar thrived on the responsibility as he held court throughout the 20 overs and guided his team to 169 for six.

Babar was a class apart, hitting three sixes and seven fours in his 59 balls, as he gave the hosts a chance of pushing for an unassailable 4-2 lead in the series.

Rizwan has been a constant thorn in England’s side and without him the Pakistan powerplay got off to a false start. The pressure began building early, as Reece Topley and David Willey both worked through cheap opening overs, and early wickets quickly followed.

Rizwan’s replacement, Mohammad Haris, found the shoes too big to fill, managing one clean blow for six before horribly mis-judging his angles and threading Richard Gleeson straight to short third-man.

Shan Masood was close behind, trapped on the crease as Willey rapped his knee-roll, leaving Babar to shoulder the burden. The skipper responded by sending three of his next four balls to the boundary, jump-starting the innings to 40 for two at the end of the powerplay.

Babar had eased himself into his usual rhythm but needed support from the middle order. He managed stands of 47 and 48 with Haider Ali and Iftikhar Ahmed, but both partnerships came to a halt thanks to Sam Curran.

The all-rounder turned in handy figures of two for 26, hustling Pakistan with a selection of gently deceptive short balls and cutters. Haider, who gave Adil Rashid a warm welcome with a hack for six over long-on, holed out on the pull and Iftikhar made a quick 31 before picking out Harry Brook in the deep.

Pakistan piled on 63 in the last five as Babar moved through the gears, with Topley’s tidy figures spoiled by a final over that leaked 19.