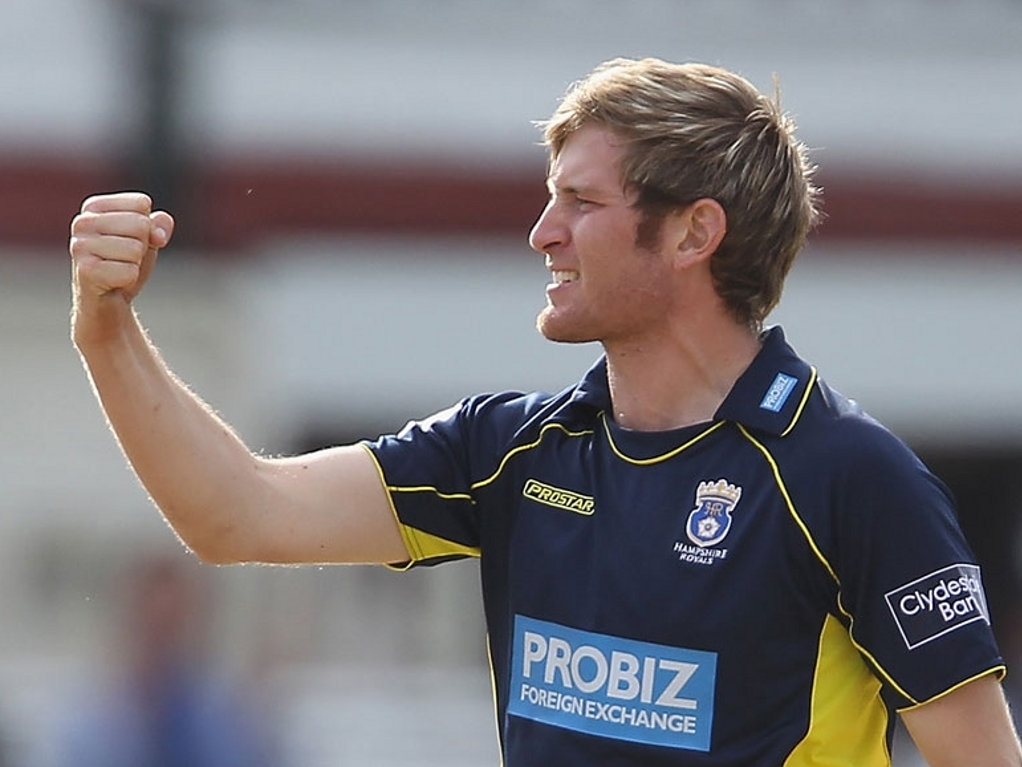 England have named uncapped Hampshire spinner Liam Dawson in their 15-man squad for the World Twenty20 in India in March, but have left paceman Chris Woakes on the sidelines.

Dawson, who impressed for the Lions recently after being called up as a replacement for Zafar Ansari, is in the squad as another spin option alongside Moeen Ali and Adil Rashid.

Woakes has not made the cut, but paceman Steve Finn is in the squad, along with Reece Topley, Chris Jordan, David Willey and Ben Stokes. There was no place for veteran Stuart Broad.

National selector James Whitaker said: "The limited-overs cricket played in the last eight months has been incredibly exciting to watch and these players deserve the honour of representing England at a global event.

"We have made significant progress during recent series with plenty more to come over the next few years.

"Liam Dawson has been selected after consistently strong performances for the Lions recently against Pakistan A. As a left-arm spinning all-rounder he will be a very useful addition particularly in sub-continent conditions.

"Congratulations to all selected and on behalf of the selectors good luck to Eoin and Trevor."

Meanwhile, England have hired Sri Lanka legend Mahela Jayawardene as their batting consultant, given his experience in the region, both internationally and in the IPL.

Andrew Strauss, Director of England Cricket, said: "Mahela and Paul proved very popular additions to the coaching team when they spent time with England in the UAE earlier this winter and I'm delighted that they are both able to help our T20 side.

"Their international experience, previous success at World T20 tournaments and, particularly in Mahela’s case, knowledge of conditions make them ideal resources to tap into and I have no doubt the players will gain a huge amount from having them around the dressing room."