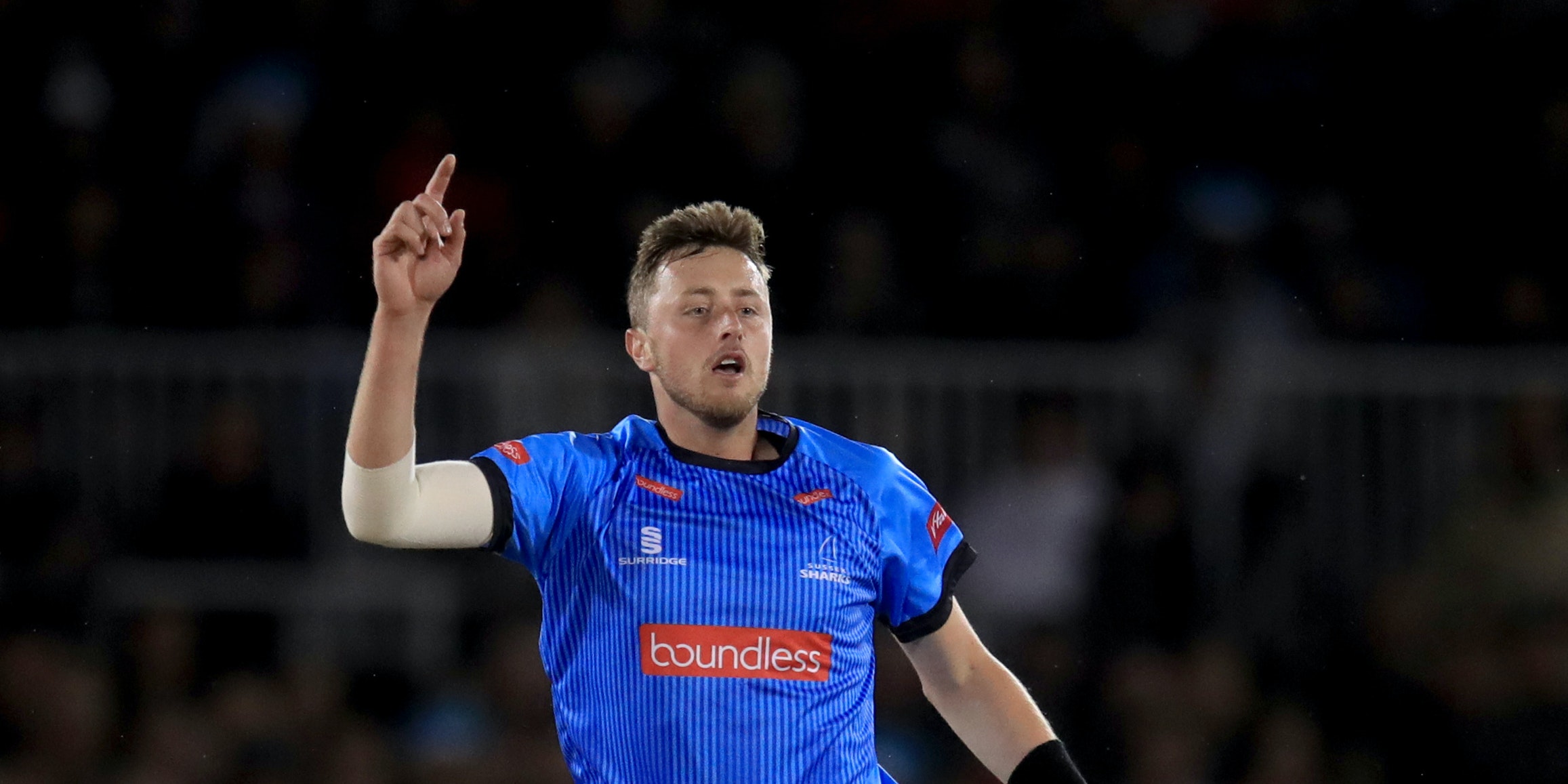 Uncapped Sussex seamer Ollie Robinson has been included in England’s 14-man squad for the second Test against Pakistan.

The 26-year-old had been training with the squad during the West Indies series and took eight Hampshire wickets in his subsequent appearance in the Bob Willis Trophy.

Whether or not Robinson comes into contention for a first international appearance at the Ageas Bowl could depend on how the remainder of England’s seam attack shape up after a congested summer of Test cricket.

Ben Stokes is the only name missing from last week’s three-wicket victory at Emirates Old Trafford as he prepares to return to New Zealand for family reasons.

Robinson has been outstanding in the domestic game in recent seasons – the most prolific of all pace bowlers with 137 wickets across the 2018 and 2019 campaigns.

He was equally impressive on the less forgiving Australian pitches during a successful England Lions trip over the winter and took two wickets in the intra-squad match between Team Stokes and Team Buttler in Southampton at the start of last month.

England will assess the fitness of Stuart Broad and Chris Woakes, both on fine form but with three Test appearances in less than four weeks under their belts, as well as the likes of James Anderson, Jofra Archer and Mark Wood before deciding on the make-up of their attack.