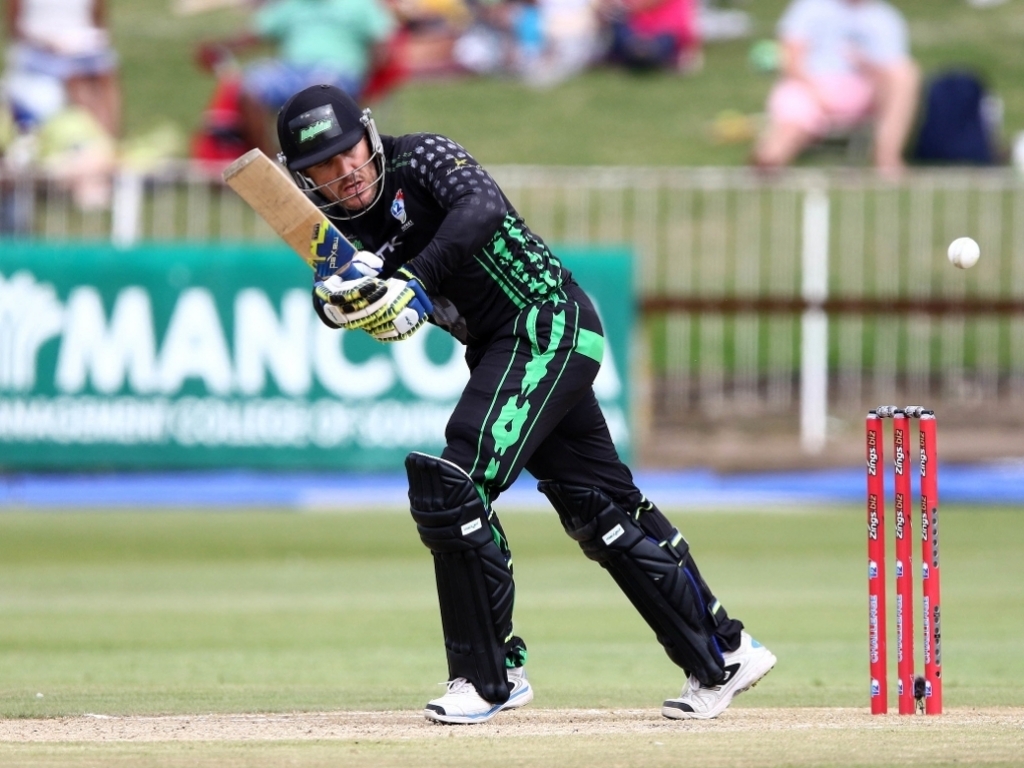 Having led the Dolphins for the better part of half a decade, respected leader Morné van Wyk has stepped down as captain of the franchise.

This heralds a new era of leadership at the Durban-based team under the guidance of talented batsman and senior squad member Khaya Zondo on a permanent basis.

The 37 year-old Van Wyk has led the franchise with distinction throughout his tenure as the captain of the Dolphins with a RAM Slam T20 Challenge trophy to his name and his relinquishment of the leadership does not spell the end of his illustrious career.

“I am hopefully going to be around for another two or three seasons so I am here to offer Khaya support and guidance if he needs it,” Van Wyk said. “I’m not going to be looking over his shoulder all the time, in fact I am actually going to take a step back.”

“If he needs advice I will be a shoulder to lean on but it’s his ship to run now and he has to imprint his personality on the team.”

Van Wyk was lured away from Bloemfontein at the beginning of the 2013/2014 season and was entrusted with the leadership position at the KZN franchise, something that he relished. The veteran has seen many of the younger players become senior players under his guidance.

“I have been so privileged to captain the side for four years. I have seen some tremendous growth from players on and off the field over the past four seasons and I think that the timing is right.

“I spoke to Khaya about the captaincy just four months after I arrived here so it is something that I think has been in the making for a number of years.

“Some guys have the captaincy thrust upon them but I think the correct way is to let guys grow into the role.

“Khaya has really come into his own and taken on the responsibility that he has been given this season well and I am excited to see him grow as a leader,” he added.

Zondo’s career has been on an impressive upwards trajectory which resulted in his selection for the Proteas T20 and ODI squads for the tour of India at the start of 2015. Taking over the captaincy at the Dolphins is another step in his impressive progression.

Having played under Van Wyk since he arrived from the Free State, Zondo has learnt and grown as a leader culminating recently in him leading the Dolphins in their final two Sunfoil Series matches of the 2016/2017 campaign.

“I was appointed vice captain for the Sunfoil Series last month and then took over the captaincy when Morné got injured.

“To have Morné step down and hand me the captaincy means a lot to me because he has played so much cricket so I get the feeling that he trusts my captaincy.

“In the past I have always handled myself well and seen myself as a leader so not too much will change; it’s just a matter of leading by example and making sure that the rest of the guys support me,” Zondo commented.

Leading cricket teams is not foreign for the former Westville Boys’ High School student however leading a franchise in a heated limited overs competition is going to be a tough start to his captaincy tenure.

“I have led almost every team that I have played in at some stage at the lower levels so people have seen me as a leader. Captaining the Dolphins is something that has been on my mind but it’s never been something I have wanted to rush or force.

“We are all going to be tested in every discipline in the one day stuff because it is quite intense and having Morné and the other senior guys there it will make it easier for me.

“The reaction that I got captaining the last two four day games was very positive and I think it’s going to be a smooth transition so now we need to see how we cope,” said Zondo.