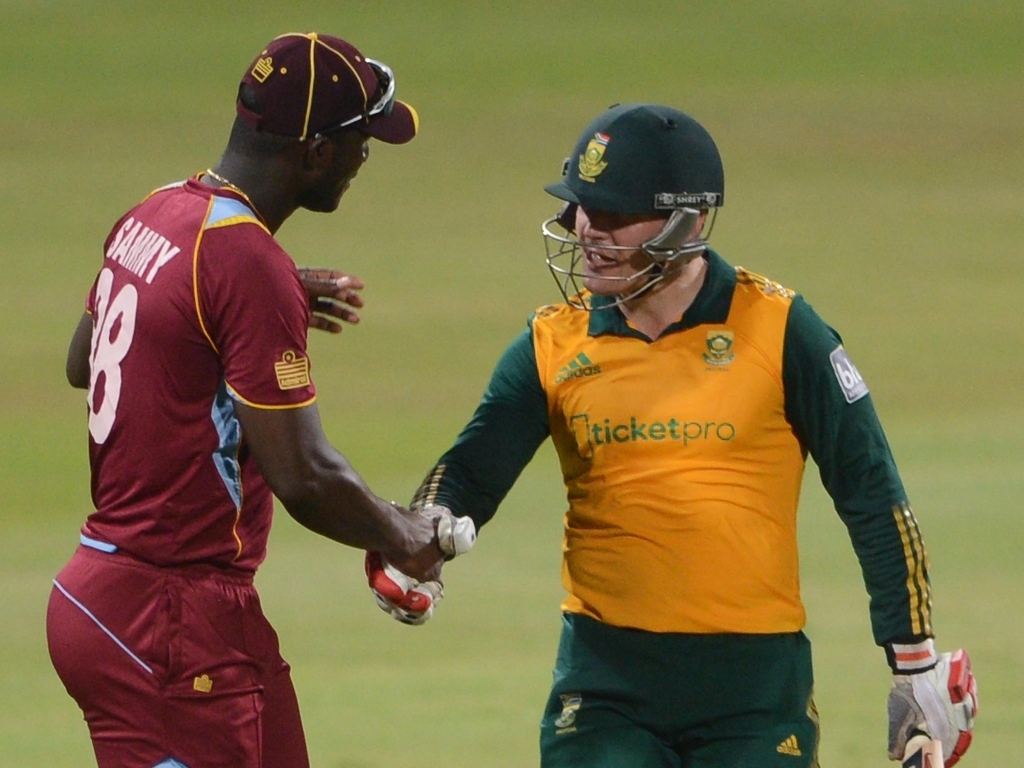 Opening batsman Morne van Wyk believes South Africa's 69-run win against the West Indies on Wednesday will be a timely confidence boost ahead of the ODI series starting on Friday.

The Proteas welcome back the bulk of their rested senior players, with World Cup preparations swinging into full effect. The Windies won the T20 series, but Van Wyk's ton helped avoid a whitewash.

Van Wyk, who has been drafted into the ODI squad as cover for Quinton de Kock, said after the match: "A win brings a lot of confidence looking ahead to the new series on Friday.

"There is obviously new personnel coming in but to get that winning feeling in the change-room is always priceless."

Van Wyk says his maiden T20 hundred is one of the proudest moments of his career, a performance which will take some time to sink in after coming back from a four-year hiatus from international cricket.

He said: "I think at half time I was just hoping that it would be on the winning side. If you win it always means that much more so at the moment I'm quite satisfied.

"It’s quite nice that we came off with a win in the green and gold this series. We were outplayed in the first two matches but nobody wants to be part of a team that is whitewashed.

"From my point of view, I don't get the opportunity that much to play for the Proteas so if I play and wear this shirt I want to win as well."

Van Wyk made the move from Bloemfontein to Durban to captain the Dolphins at the beginning of last season, and has settled comfortably at the coastal city.

"It’s my hometown now," he said of Friday's venue. "I felt at home as I was walking out onto my home field. I felt like I had the support, my family and friends were also here so it was home.

"The familiarity of the surroundings helped me with putting that innings together so it makes it so much sweeter. It was a great crowd, the support was great, it just added to what I would call a dream come true."