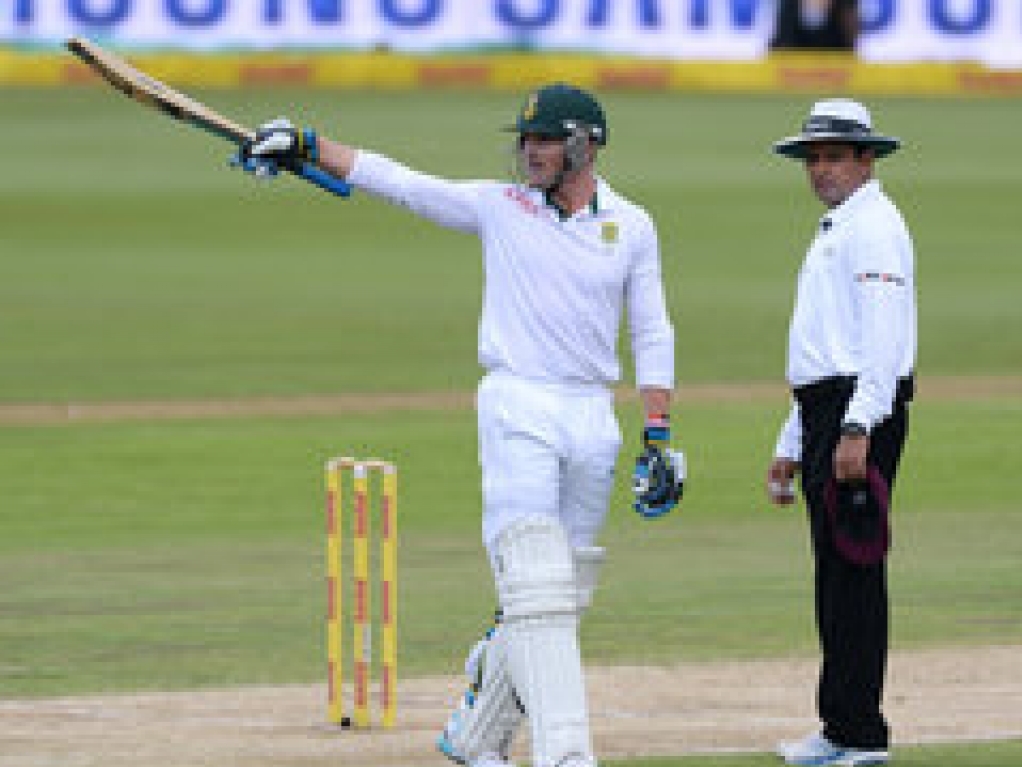 South Africa batsman Stiaan van Zyl described scoring a century on debut for his country as "a dream", as the Proteas cashed in on a good pitch, and a tired looking bowling attack, to pile on the runs on the second day of the first Test against the West Indies in Centurion.

South Africa declared their first innings on 552 for 5 before rain washed out the final session without the home side having to bowl a ball.

Captain Hashim Amla scored 208 and AB de Villiers struck 152, but it was the debutant, Van Zyl, that everyone was talking about. He became the fifth South African to score a century on debut before Amla called time on the innings, leaving Van Zyl unbeaten on 101.

The left-handed Van Zyl had to sit a full day with the pads on waiting for his turn to bat, as Amla and De Villiers put on a record 308 for the fourth wicket, but the man from Cape Town was not complaining.

He said: "Sitting there all day was quite mentally draining.I walked around a bit to focus on other stuff. Walking on at 365 for three was a great platform which took the pressure off, so that I could play my own game."

Van Zyl, like most players on there debuts, admitted to being nervous before he came into bat and, after a surviving few anxious moments in the beginning, his first run in Test cricket was probably the most relieved he felt in his career.

The 27 year-old said: "I was very nervous. Before I faced my first ball, my gloves were wet and I was shaking. It's the best run I've got in my career. Just to get off that zero, it's a different feeling, it's like a house of bricks off your back."

Van Zyl, who was dropped off the first ball he faced, settled down nicely into his innings, and his showed why the selectors, and everyone in the South African fraternity rates him so highly.

Speaking about the step up from domestic First Class cricket, and which bowlers gave him the most trouble, Van Zyl pointed out that it took him some time to adjust to West Indies spinner, Suleimann Benn.

He explained: "Benn is a bit taller than the normal spinners that I face in South Africa. There was a bit of bounce and bit of turn. But as the innings went on, it became easier.

"It's on the big stage but it's still a cricket ball that comes to me and I actually just said to myself, if get past 10, I can take it from there and feel my way in."

The man who made his First Class debut for Boland in 2006, was only playing because of an injury to JP Duminy, and said he would not mind if he were to sit out some games in the future.

He said: "Scoring 100 on debut is a perfect start, a dream. If there are changes to be made in the next few matches, maybe I've got to be the one that sits out. But if I get opportunity again, I'll try my best."