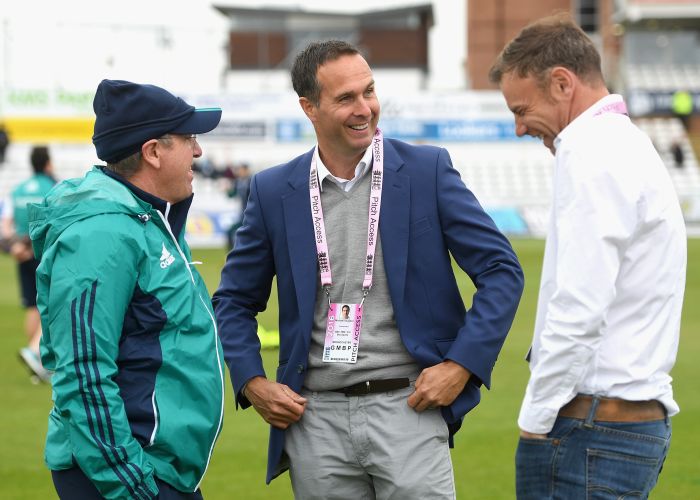 Former England captain Michael Vaughan has advised the current players to go on their tour to Bangladesh and trust the security experts to keep them safe, and ignore the political machinations.

England’s players have been given the option to withdraw from the tour in September if they feel it’s unsafe, despite security expert Reg Dickason and a delegation of consultants deeming the trip to Dhaka safe.

There were questions over the tour after threats were made against Western tourists, but Vaughan feels that there are dangers on any tour, and the players should trust the people whose job it is to keep them safe.

He wrote in the Telegraph: “I understand what the England players are going through over whether to tour Bangladesh but I believe they should trust the security experts and all go.

“As a player you sit in briefings and they say you will get ‘presidential’ style security with armed guards, rings of steel and all sorts of back up.

“The first thing someone says is if it is so dodgy and we need all this security why the hell are we going there in the first place to play a game of cricket? It seems so irrelevant to be risking so much just to play a few matches of cricket.

“But then you realise it is your job. As internationals we are experts at cricket. You hope others trust you to do your job. Well, Reg Dickason is a security expert and you have to trust him to do his job.

“He is a good man and I don’t believe Reg would be influenced by cricket politics or money. He is respected because he makes his decisions based on the evidence presented to him. He says the players will be safe and I think they will.

“I never for one moment felt threatened on any tour as an England player. You fret over the security because other people around you build it up.

“These days we can read everything on the internet and your family are understandably worried when they see a story and they can build small things up in your mind.”

England paceman Liam Plunkett said earlier this week that he was undecided about going, and that he would make a decision closer to the time, after consulting with his family.