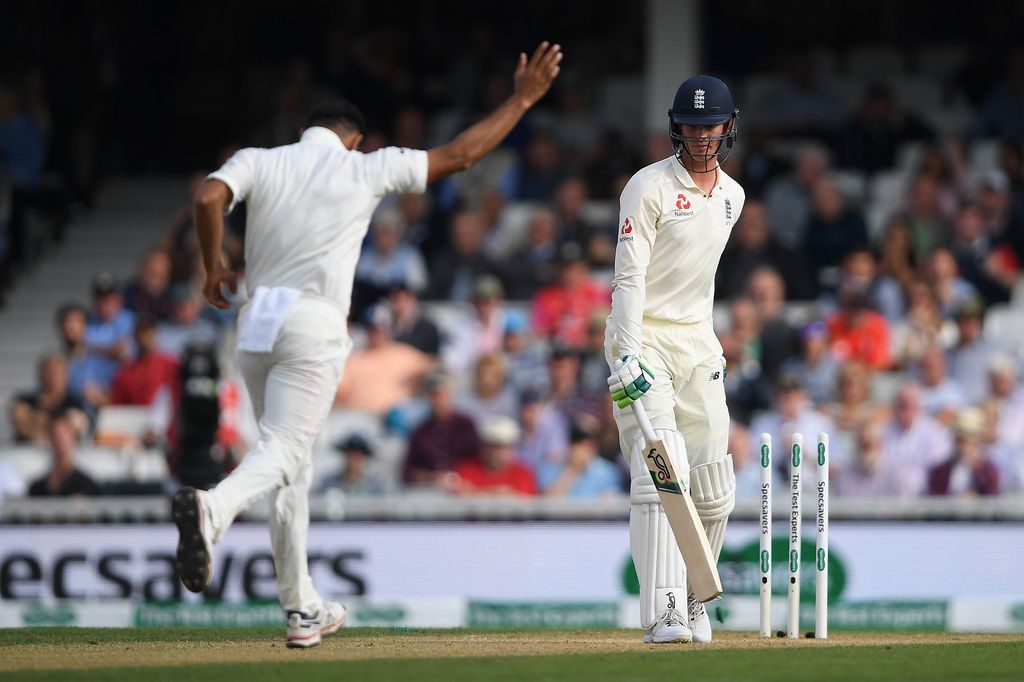 Former England captain Michael Vaughan heaped praised on Indian all-rounder Ravindra Jadeja, after day three of the fifth and final Test at The Oval on Sunday.

Jadeja followed a key four wickets with an unbeaten half-century, as the London clash remained in the balance.

His removal of opener Keaton Jennings and the dangerous Ben Stokes and Jos Buttler were particularly telling, while Sunday’s entertaining 86 not out resurrected India from a fragile 160 for six to 292 all out.

“Jadeja is a good character. He’s got loads of energy, he’s good fun and he’s a terrific cricketer. You know what he’s going to deliver with the ball – and he played very cleverly with the bat,” Vaughan told the BBC.

An awkward trend continued for Jennings, who delivered plenty of promising starts throughout the series, but never reached more than 46. His dismissal was particularly telling of this poor stretch of form. The right-hander, indeed, incorrectly judged the line and left a delivery that crashed into the middle- and off-stumps.

Vaughan pondered the South African-born batsman’s participation – or lack thereof – in the Test series against Sri Lanka later this year.

“Keaton is a concern. Is Keaton good enough? Is he getting picked by default because Alastair Cook is retiring? He will be under so much pressure in Sri Lanka,” added Vaughan.

“Is it worth the risk of playing somebody with baggage? Or should they pick two fresh minds?

“Only those inside the dressing room know if Jennings has got something. I look at his game and he’s struggling.”