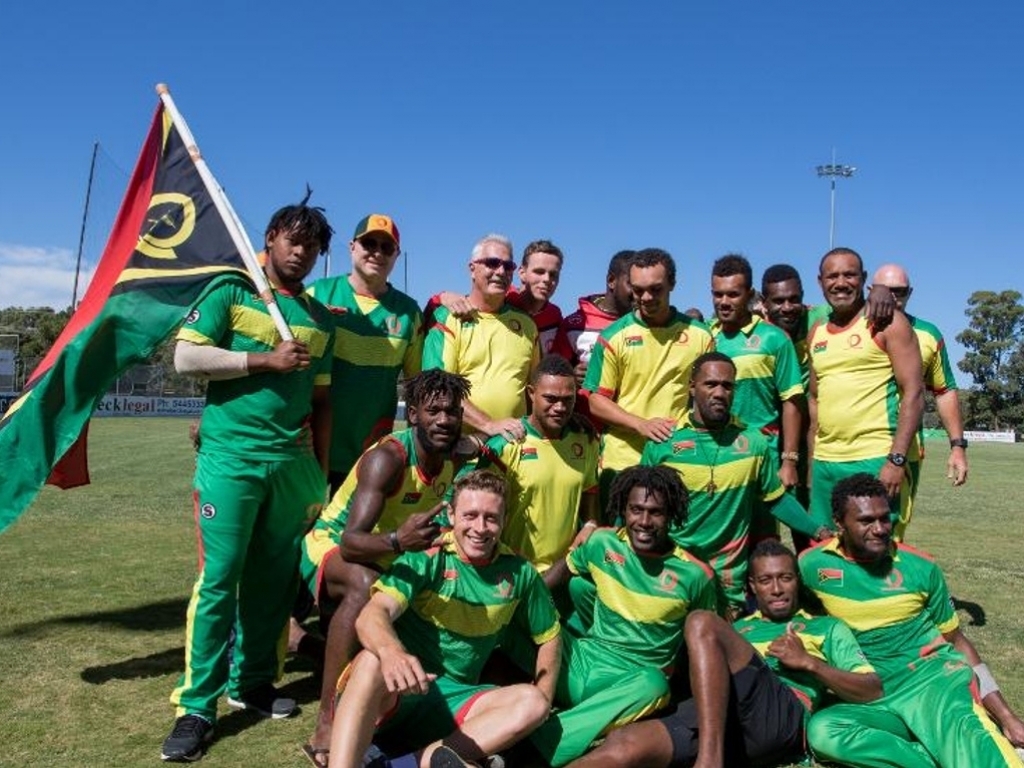 Samoa and the Philippines both finished their tournaments with wins over Indonesia and Japan respectively.

Vanuatu will return to the ICC’s World Cricket League Division 5 after beating Fiji by six wickets in Bendigo.

They finished the tournament undefeated, living up to their reputation as tournament favourites.

On a good batting pitch at Dower Park, Fiji won the toss and batted first, but failed to capitalize on the good conditions by giving up early wickets.

Player of the match and opening bowler Patrick Matautaava (3-17) was in outstanding form, picking up two early wickets and a run out.

He was well supported by Nalin Nipiko (3-40) and Callum Blake (2-12), as none of the Fijian top five managed to get past ten runs.

Despite Vanuatu losing four wickets in the chase, they never looked troubled, as Patrick Matautaava (54 not out) backed up his bowling performance with an unbeaten half century.

Vanuatu Captain Andrew Mansale was very pleased after the game, acknowledging that the team was “disappointed when we missed out on division 5, and we’ve been working really hard to ensure we got back in.”

“And with the performance throughout the week and today we showed we deserved to get back up there,” Mansale said.

Meanwhile Samoa and the Philippines both finished their tournaments with wins over Indonesia and Japan respectively.

Samoa chased down 182 runs against Indonesia with relative ease as their captain and player of the match Ben Mailata (74 not out) scored his second half century of the tournament.

The Philippines had an easy win over Japan after bowling them out for just 111, passing the total two wickets down.

Leg-spinner Ruchir Mahajan (4-24) was player of the match for his four wickets.