Home Countries India Vijay: Hopefully we can do something special

Vijay: Hopefully we can do something special 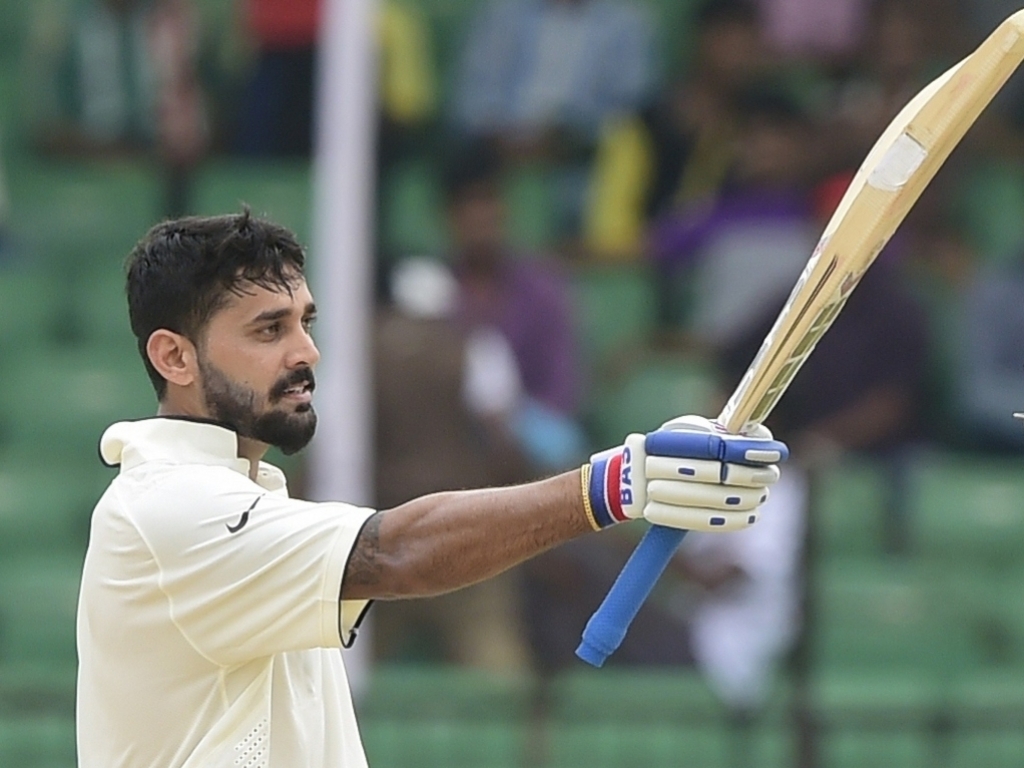 India batsman Murali Vijay still has hope that his team can pull off an unlikely victory in the one-off Test against Bangladesh in Fatullah.

Vijay hit exactly 150 as India ended Day three on 462 for six, still in their first innings. However the match has been marred by consistent rain delays with only just more than 100 overs possible over the first three days.

With the entire second day being washed out, the only possible way India could beat their Asian rivals is to declare on their overnight total and try and bowl the Tigers out twice over the next two days.

Vijay said after the day's play: "We cannot do much about the weather, because it's not in our hands. All we planned was to play positively and that's what we wanted to do throughout the day.

"But unfortunately, play couldn't take place on the whole day. I think we're in a good position now and hopefully we can do something special in the last two days."

The Test match will be followed by three ODI's between the two countries.