Home Countries India Vijay: I could see bowlers sulking out there

Vijay: I could see bowlers sulking out there 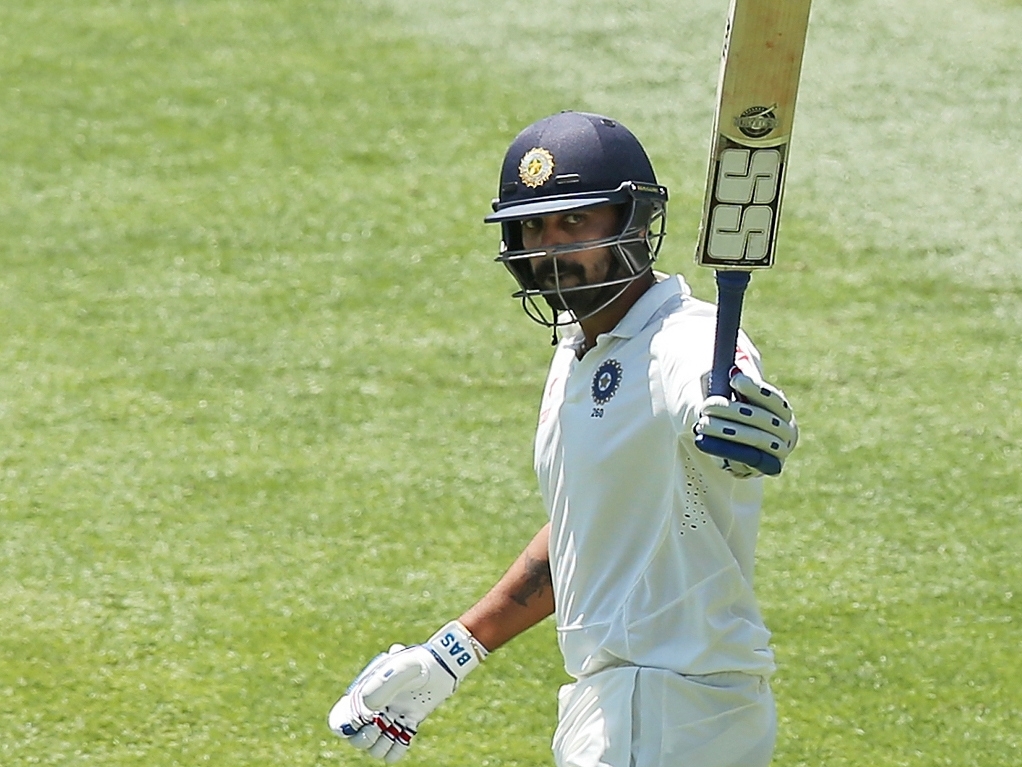 India opening batsman Murali Vijay scored his fifth Test century, and fourth against Australia, as India took the honours on the first day of the second Test at the Gabba.

Vijay, who batted for 332 minutes, faced 213 balls and struck 22 boundaries on a tough, hot day in Brisbane, showed the necessary application and patience to cash in on a weary looking Australia bowling attack as India finished the day on 311 for four.

Regarding his success against Australia, the 30 year-old said he looked up to former India greats like Sachin Tendulkar, Rahul Dravid and VVS Laxman who all had joy against the Aussies in the past.

He said: "I always like to play against Australia. When I was a kid, I used to see a lot of knocks played by my seniors, Sachin Tendulkar, Rahul Dravid in Adelaide and VVS Laxman. Those are the knocks we have seen as youngsters.

"This is the first time I have been playing overseas against Australia. Australia are one of the best teams and getting runs against them always helps you gain confidence in the match as well as a person."

Australia were, for some parts of the day, left with a depleted bowling attack, as Mitchell Marsh, Mitchell Starc and debutant Josh Hazlewood went off the field to receive treatment for various aches and pains.

India, and Vijay, could sense that the Aussies were struggling in the heat, and asked if he was feeling the heat on the field, the opener gave a response that would be sure to fire-up the Australians for day two.

He said: "Today it was really hot and it was testing us all. I could see bowlers sulking out there and I thought a lot of people are getting tired. So I waited at the crease and made good use of it.

"It was more mentally challenging than mentally draining. There were a lot of suffering from the heat but when you are playing for your country, you have got to be equipped for this.

"I have worked hard on my fitness. You have got to do your stuff to the best of your ability."