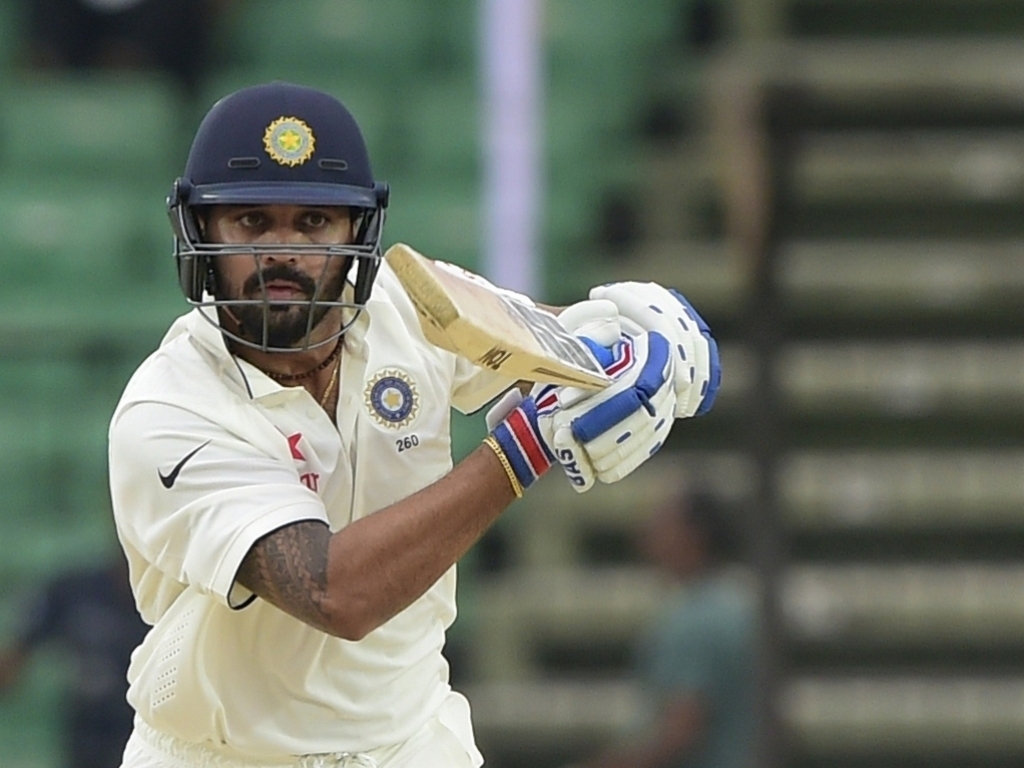 India team director Ravi Shastri has confirmed that opening batsman Murali Vijay will miss the first Test against Sri Lanka, starting in Galle on Wednesday, due to a hamstring injury.

The right-handed Vijay picked up the injury on India's recent tour to Zimbabwe and did not take part in a three-day match against a Sri Lanka Board President XI that ended on Saturday.

India will be hoping that Vijay recovers quickly as he has been their most consistent player in the longest format of the game over the last year.

Shastri said: "He is still under recovery, not fully recovered, and we don't want to take a chance with weather like this and slippery outfield.

"He is the in-form player, had a fabulous run in test cricket. He has the ability to play the long innings as he has shown. He will be missed."

KL Rahul will take Vijay's place in India's starting line-up as they look to get off to a good start in the three-match series.