Home News Vilas trying not to think about De Kock

Vilas trying not to think about De Kock 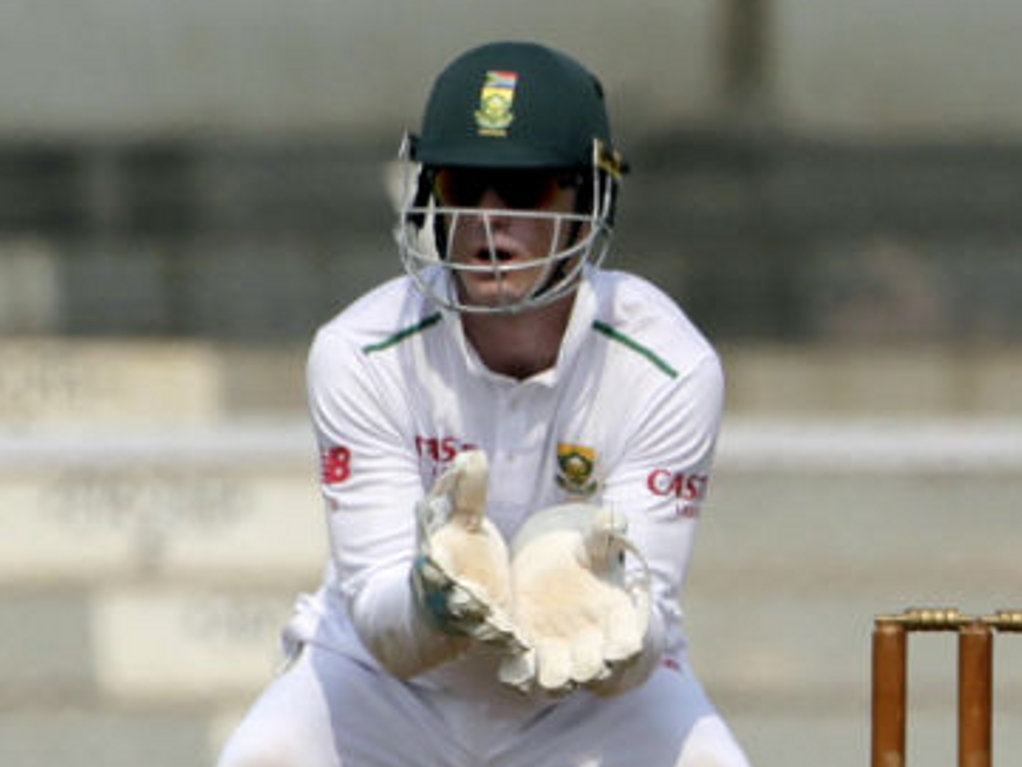 South Africa Test wicketkeeper Dane Vilas says he's not thinking about Quinton de Kock as competition for his place, but rather wants to make the most of the chance he has in the upcoming series against India.

Vilas was called up to replace an out of form De Kock earlier this year for their one-off Test against Bangladesh. But De Kock has since regain his form in a big way, but was not picked in the pre-named Test squad.

As such, this could be Vilas' only chance to cement his place, because failure will see the younger, and very talented, keeper-batsman return. But Vilas is trying not to think about that.

Vilas said on Cricinfo: "Quinny is a very good player and he has shown that in everything he has done and he has come back into some form but I am not focusing too much on that.

"I just want to do a good job for the team and not look at that. There is depth in our squad and some depth back home. It's good to have that competition and it will only help the team.

"You just look around at the squad – I am seen as specialist but we've got AB [de Villiers] who can keep wicket as well so if you are secure in your position and you think you are fine, it's not great for a team.

Vilas' debut Test was not ideal, as four of the five days were washed out, and he didn't get a chance to bat. He did take two catches, though. He hopes the weather stays clear for this four-Test series.

He added: "Hopefully there won't be any washouts. It was frustrating but if you'd said that was only my chance to play international cricket I'd have taken it.

"Hopefully I will get some game time now."