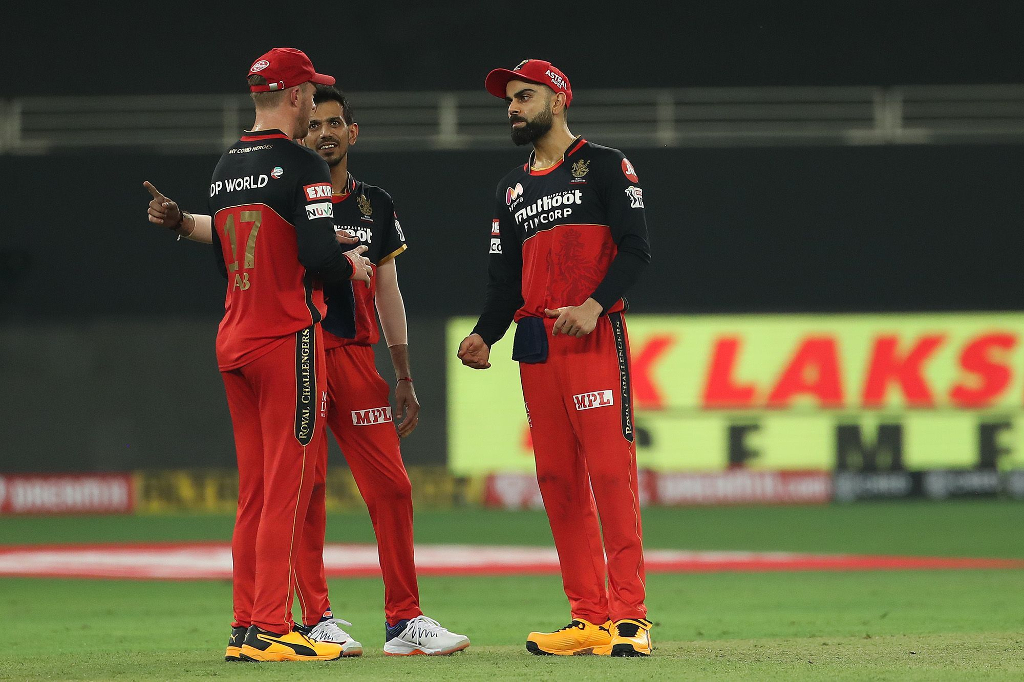 Chahal was credited with turning the game in the 16th over of the Sunrisers chase when his double strike derailed Hyderabad’s victory charge.

The India spinner finished with enviable figures of 3 for 18 with his wickets including those of Manish Pandey and a rampant Jonny Bairstow.

Kohli was thrilled with the resilience of his side who appeared to have lost control of the match when Bairstow was in full-flight.

“When they needed 43 I think off five, just had a chat in the middle saying ‘no shoulders dropping till the last run is scored. The game can change anytime.’ And Yuzi comes in, the strike bowler that he’s been for us, and changes the game completely in that over.

‘Skill in the wrist’

Kohli felt that Chahal did a terrific job of controlling the ball in conditions that were not ideal for slow-bowling as dew set in making it difficult to grip.

“Not many other spinners got too much out of the pitch, but tonight he showed that if you have skill in the wrist, you can purchase on any track,” Kohli added.

“That’s why he bowls well in Bangalore too. The dew was a big factor tonight, the pitch was decent to bat on in the second half I thought – much better than the first half. But the way he came in, backed his skill and got the ball to turn and bowled attacking lines. He was the one who changed the game, in my opinion.”

Chahal himself revealed that he was aided by the RCB brains trust in hatching plans to claim those vital wickets, crediting Kohli and AB de Villiers with helping him plot the demise of the Sunrisers.

The leggies broke a 71-run stand between Bairstow and Pandey in the 12th over before returning in the 16th to remove the England wicketkeeper and Vijay Shankar.

“When I bowled to Pandey, I had the cover fielder back, so maybe he thought I’ll bowl outside offstump.” Chahal explained. “But that ball, I bowled on the stumps.

“For Bairstow, I knew that we need his wicket that over to come back into the game, even if I go for runs. That’s why I bowled it a bit fuller, but a bit on the legside, because it is very hard to hit from there since the ball is turning. And when Vijay (Shankar) came, Virat bhaiyya and AB (de Villiers) sir, we had decided that the first ball I will bowl a googly.”

RCB play their second match of the 2020 IPL against the Kings XI Punjab in Dubai on Thursday 24 September.