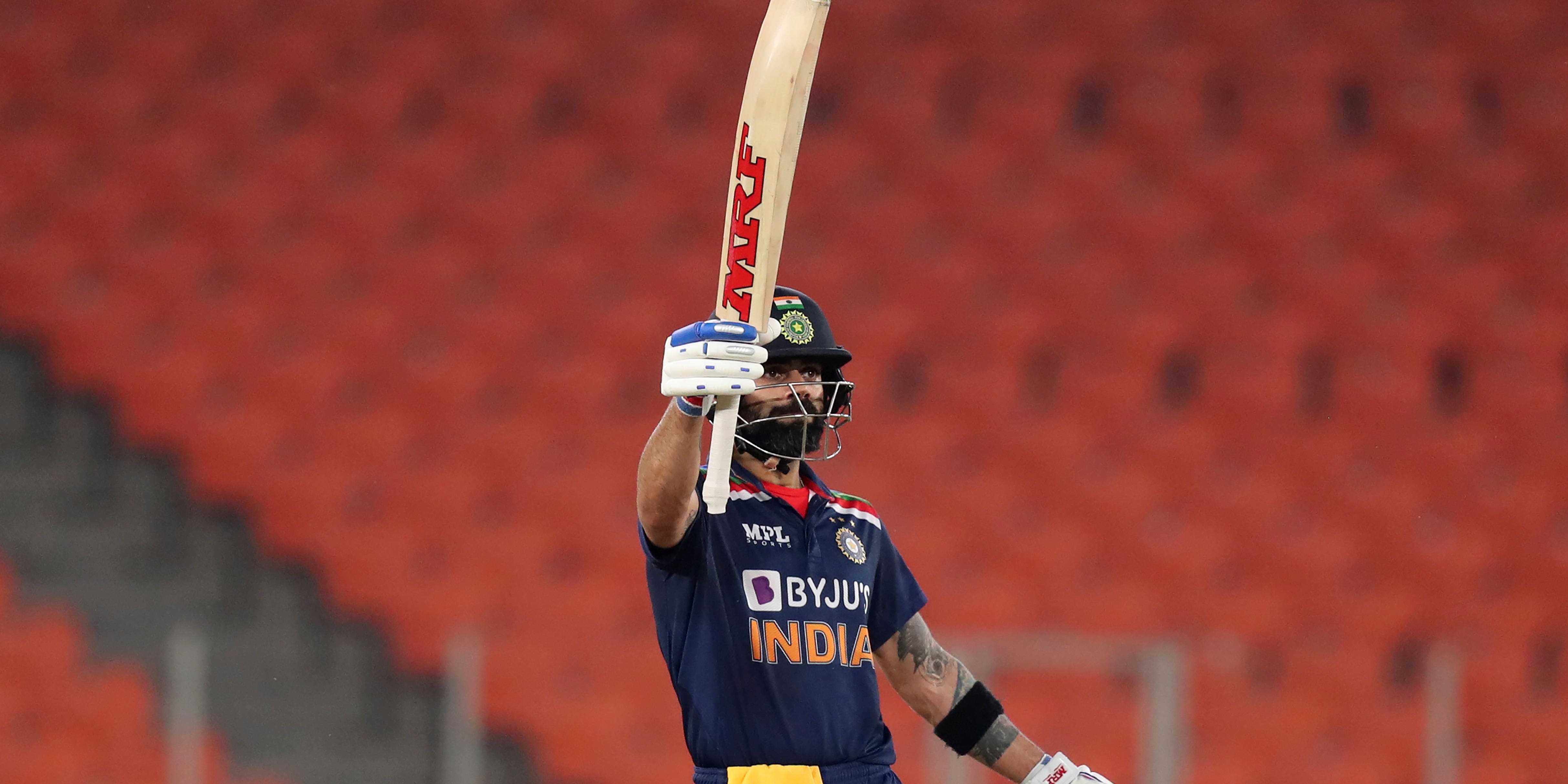 England were set a mammoth 225 as India’s batsmen cut loose in the Twenty20 series decider in Ahmedabad.

Virat Kohli batted through the innings for 80 not out as his side racked up 224 for two, with Rohit Sharma making 64 while Suryakumar Yadav and Hardik Pandya faced 17 balls apiece for a combined 71 runs.

There were 11 sixes and 18 fours in the innings as the touring attack fell into the same traps with frustrating consistency, but Chris Jordan provided a glorious moment of respite by producing a quite magical piece of reaction fielding to dismiss Yadav.

Kohli revealed at the toss that he would be moving up to open the batting, taking the place of the distinctly off-colour KL Rahul, but initially took the supporting role. Rohit grabbed top billing, launching into a relentless display of timing and power.

An early six off Adil Rashid’s leg-spin got him in the mood, then a pair of fierce blows down the ground greeted Mark Wood. The Durham paceman came into the game with the best economy rate on either side but by the time Rohit and Kohli took turns to swat his bouncer into the stands, he had conceded 28 from his first two overs.

India put on 60 without loss in the powerplay and kept their foot on the gas after the fielding restrictions eased. Rohit made a rare misjudgement when he hit Sam Curran straight up in the air on 45, but Wood’s frustration continued as he failed to make enough ground.

Relieved by that, Rohit pinged Curran’s next ball for six with an effortless flick and celebrated his half-century with two more lavish hits off Ben Stokes. The assault finally ended when he dragged a Stokes leg-cutter into his stumps.

At 94 for one from nine overs he had left a powerful platform and Yadav did not let it go to waste. He hit two of his first three balls for six, Rashid on the receiving end this time, and then took Jordan for three successive boundaries.

It took a moment of pure inspiration from Jordan in the field to cut him short. Yadav hammered what seemed another certain six off Rashid, only for Jordan to sprint round from long-on and pluck a magnificent one-handed catch out of thin air. His momentum was carrying him at speed over the boundary rope but he made a perfect offload to the waiting Jason Roy, who was laughing in disbelief even as he completed his simple part of the bargain.

England were not allowed to savour the moment for long, with Kohli motoring easily past 50 and finding his latest attacking foil in Pandya with the pair piling on 67 from the last five overs. Wood and Jordan went wicketless for 53 and 57 respectively, leaving a massive job in front of the batsmen.