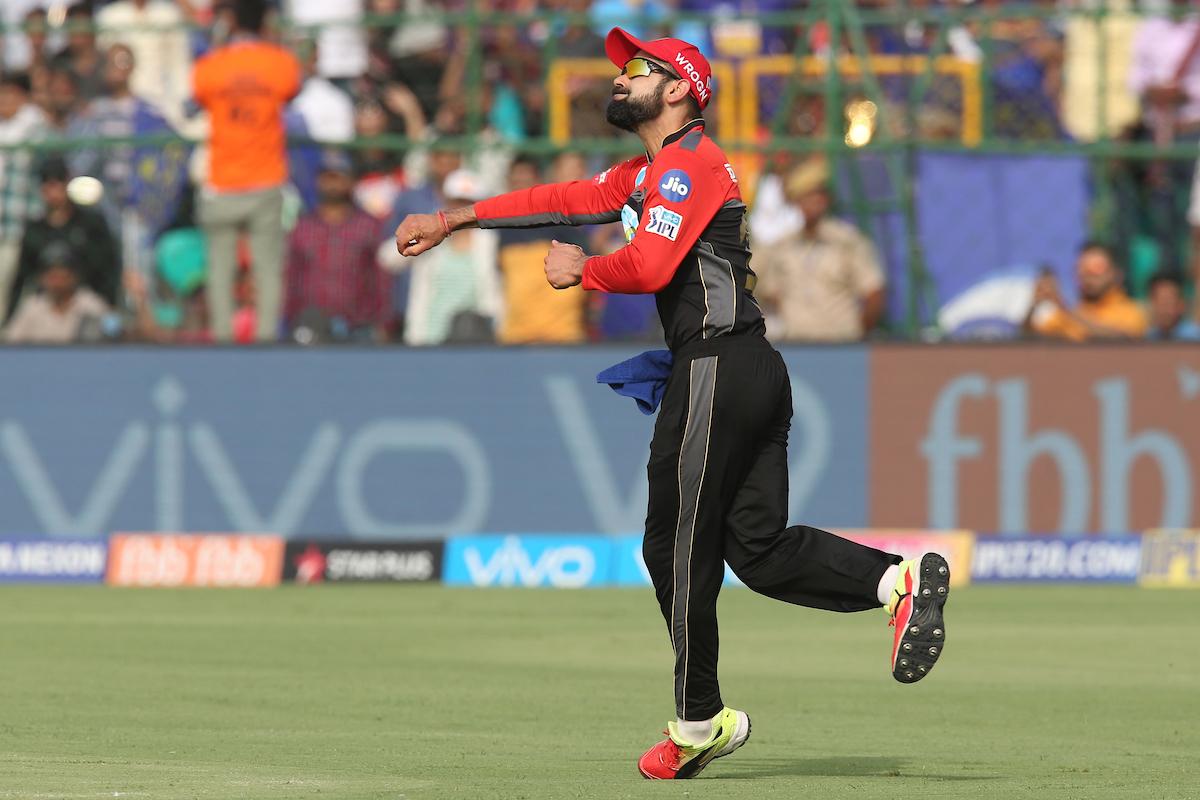 India and Royal Challengers Bangalore skipper Virat Kohli has impressed coaching staff with his conditioning after returning to training for the Indian Premier League.

RCB mental and strength and conditioning coach Shankar Basu said in a recent interview that Kohli had come back to training in tip-top shape.

The India skipper is renowned as one of the hardest-working players in the game with a relentless drive to better himself, something which has arguably lifted the standards expected of all players who have ambitions of playing alongside Kohli.

“He (Kohli) has come back in much better shape. He is at his best weight at the moment and his movement patterns are pretty much in sync with his best self in the past,” Basu, told news agency PTI from Dubai.

“He has taken this break as an opportunity to work on all the pointers which needed attention from a physical point. I guess his motto to life is ‘bear the cross and wear the crown’.”

Kohli announced in late August that he and wife Anushka Sharma are expecting their first child but the India skipper has not been relaxing during the enforced break from cricket.

The king hits the treadmill

Basu says that Kohli sets an example for all professional athletes with his adherence to meal and training plans. He revealed that Kohli used the break to do endurance work which is normally not possible when the skipper is managing his workload during the packed international cricket calendar.

“He had the time to be very specific with his meal plans and running intervals at home. He did not have much of a choice during the lockdown and he invested on a treadmill and worked on his endurance which is otherwise not possible during a packed calendar.

“For ground reaction forces every now and then, he did shuttle running in his apartment which had a little space. With all these constraints the attitude stood out more than the workout.”

“Apart from that, his customised strength work to complement that was his mantra during the lockout. So a combination of running and strength work and he kept it simple by just following this to the T,” said Basu.

RCB begin their IPL campaign with a clash against Sunrisers Hyderabad on 21 September.