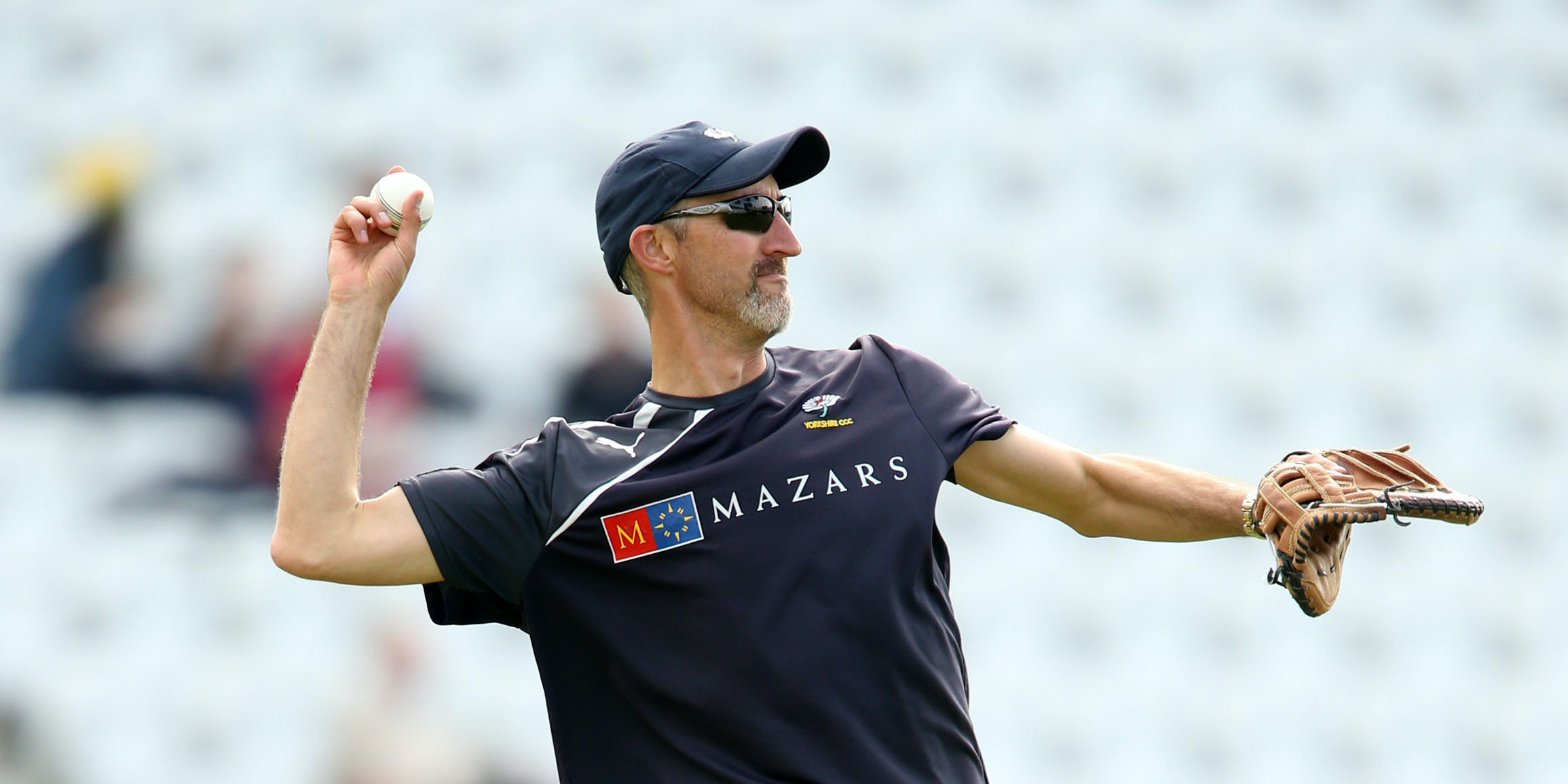 The pandemic has changed many aspects of life and one of the most fundamental parts of cricket has now come under the microscope – the shining of the ball.

With the world now more germ conscious than ever, former Australia paceman and current Sussex head coach Jason Gillespie has questioned whether the age-old practice of maintaining a cricket ball, typically achieved with saliva and sweat, can be sustainable once the sport resumes.

Currently back in Australia after the postponement of the English county season, Gillespie on Sunday voiced what many had thought even before the pandemic – that the ritual of bowlers and fielders imparting saliva onto the ball was, when given some thought, actually “pretty gross”.

“I don’t think it’s a quirky question. It’s an actual genuine thing to be considered,” Gillespie said in a radio interview with the Australian Broadcasting Corporation.

“I don’t think anything is off the table. It could be a point where at the end of each over, the umpires allow the players to shine the ball in front of them but you can only do it then.

“I don’t know. Is it just sweat? Can you only use sweat? I don’t have an answer to that but it certainly will be a conversation that will be had. If you think about it, it is pretty gross.”

With some local cricket associations discouraging the use of saliva to shine the ball towards the end of the Australian season which finished last month, the question of banning the practice has also raised concerns for Australia paceman Josh Hazlewood, who said shining a Test ball “does a lot” for its longevity.

“I think with a white ball it would be fine,” he said on Monday in reference to limited-overs cricket.

“But in Test match cricket it (not shining the ball) is going to be very hard I think.

“Bowlers obviously rely on sideways movement in the air or off the wicket. If you didn’t maintain the ball for 80 overs, it’d become quite easy to bat after probably about 15 overs, after that initial shine has gone off the ball.”

With scrapping ball maintenance altogether not an option that bears contemplation for Hazlewood, the 29-year-old predicted different scenarios would be contemplated, such as having one designated “shiner” in a team.

“Whether you use saliva or sweat, maybe one person could do it? I’m not sure,” he said. “It’s something we’d have to talk about when we get back out there and hopefully we can come up with a solution.”

Also of concern for Australia’s cricketers is the possibility of an imminent pay dispute, owing to the suddenly parlous state of governing body Cricket Australia’s (CA) finances.

Chief executive Kevin Roberts warned last week the national governing body could run out of cash in as little as four months without drastic action. CA has lost tens of millions of pounds in share market investments, rather than keeping sufficient reserves in cash which could have shielded it during the current crisis, according to local media.

Consequently, CA announced on Friday that 80 per cent of its full time staff had been stood down. National coach Justin Langer and women’s coach Matthew Mott are among other staff who have had their hours cut.

Australia’s contracted players are expected to be asked to take a pay cut.

While Hazlewood said that could affect some players acutely, he hoped India’s scheduled tour of Australia next southern summer – typically a financially lucrative series for CA – could go ahead to bring welcome revenue.

“We’ve always said we’re partners in the game, so we’ll see where it comes to and we’ll obviously play our part,” Hazlewood said.

“It’s going to be different for everyone at different levels, whether they play for Australia, been playing for 10 years, or it’s their first year.

“It’s going to affect some people more harshly than others.

“It’s hard – we don’t know how long it’s going to hang around.

“You obviously think about it and you take precautions. We’re no different to everyone else. I’ve started being on a budget and things like that.”