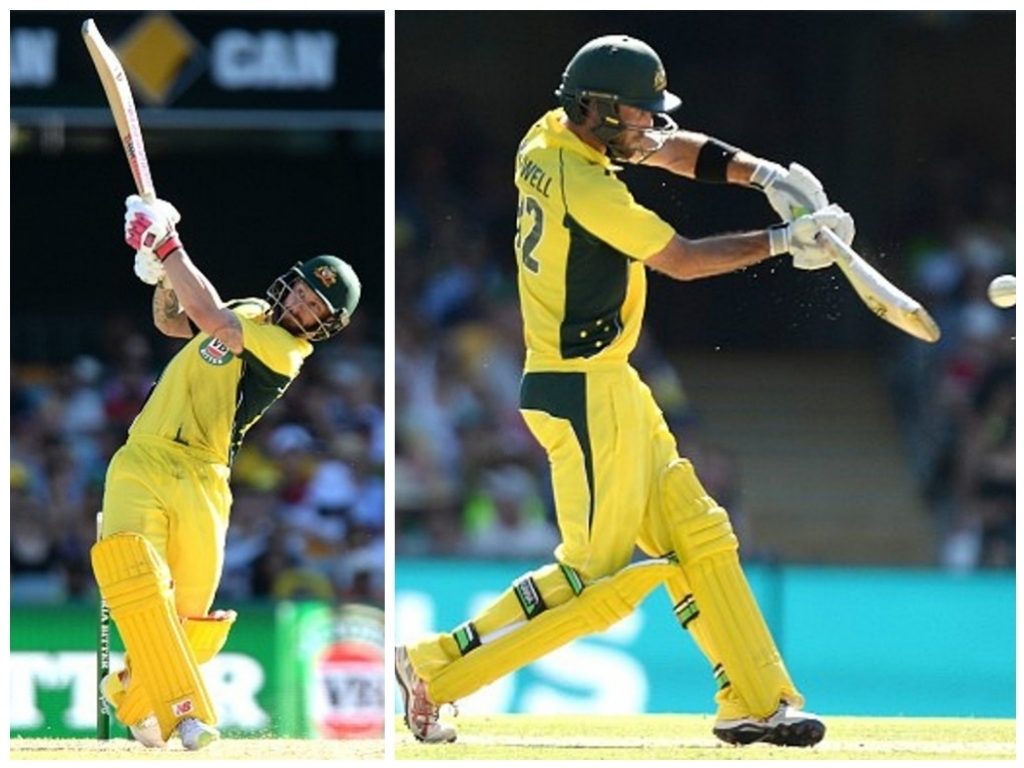 Matthew Wade has reserved special praise for teammate Glenn Maxwell with the pair sharing a vital partnership before the keeper went on to his maiden ODI ton against Pakistan.

Wade was able to get himself in with Maxwell keeping the scoreboard ticking with his innovative batting style.

The Victoria wicketkeeper told the press after the win in the first ODI: “Batting with Maxi is always great, you don’t have to do too much.

“You can just try to keep it in the gap and get down the other end and watch the show go. That was the plan when I was there with him, we were trying to build a partnership and take it as deep as we could. Whenever you bat with Max, the scoreboard is always ticking so it makes it a lot easier on me, I can just get down the other end. He batted really well tonight.”

Wade feels Maxwell will be in contention for a place in the Australia Test team that will leave for India in February.

He added: “He (Maxwell) plays spin really well and he’s right-arm offspin so he’ll definitely be in the mix I’d have thought.”

Despite a lean run in Test cricket Wade is not worried about his place in the team, where his presence has been praised while his performance hasn’t really met expectations.

Wade said: “I’m not nervous about selection, I’d be nervous if we lost four Test matches in a row but we’re winning games.

“The team’s going really well, the younger guys are playing well and I feel like we’re in a really good spot. So nah, the team will get picked and hopefully I’m in it but I don’t feel nervous when the team’s winning the way it is.

Wade was delighted to get a big score in the opening ODI and feels it will stand him in good stead going forward.

He said: “I feel I’ve been hitting the ball really well for a period of time now.

“I certainly haven’t been going out there and just nicking off, I’ve been getting myself out more times than not. There’s been plenty of work and [I’ve been] working on a few things and it’s [about giving yourself] time in the middle, giving yourself a chance and I did that today which was nice.

“Happy to contribute with some runs and more importantly to get a win to go 1-0 up. It’s very important in a five-match series so nice to be able to contribute. It’s funny how cricket works, [the century] coming off the last ball, I don’t know how that all winds up but it was good fun.”