Wagner happy to not break record 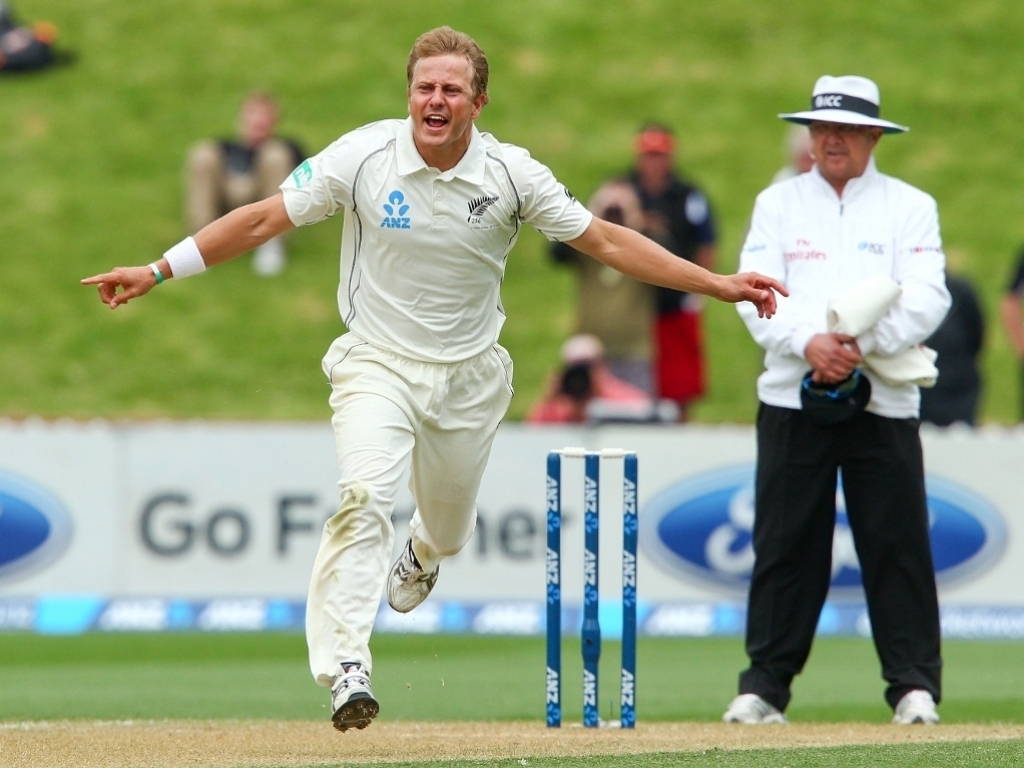 Black Caps left-arm seamer Neil Wagner says that he is happy to have reached 100 wickets faster than any other Kiwi apart from Sir Richard Hadlee.

Wagner got his hundredth scalp on day three of the first Test against Pakistan in Christchurch in what is his 26th Test for New Zealand.

The southpaw has become a stalwart for the Black Caps building his repertoire around short pitched bowling.

After play on day three Wagner said: “I’m more than happy for Sir Richard Hadlee to keep that because he’s just an absolute legend.

“In my wildest dreams I never thought about getting 100 wickets so pretty pleased and stoked.

“Which ever way I can play a part for the team and just contribute and deliver, I’m happy.”

Wagner is the Black Caps leading wicket-taker in Test cricket this year and his 34 scalps place him eighth in the world for 2016.

The 30-year-old was New Zealand’s best bowler on their tour of Zimbabwe and South Africa but managed just five wickets in two Tests against India and looks to be enjoying the seam-friendly conditions at home picking up 2 wickets for 21 runs in Pakistan’s second innings.

Wagner took 14 wickets in two Plunket Shield matches for Otago ahead of the series and has found his rhythm against the visiting Pakistan team well.