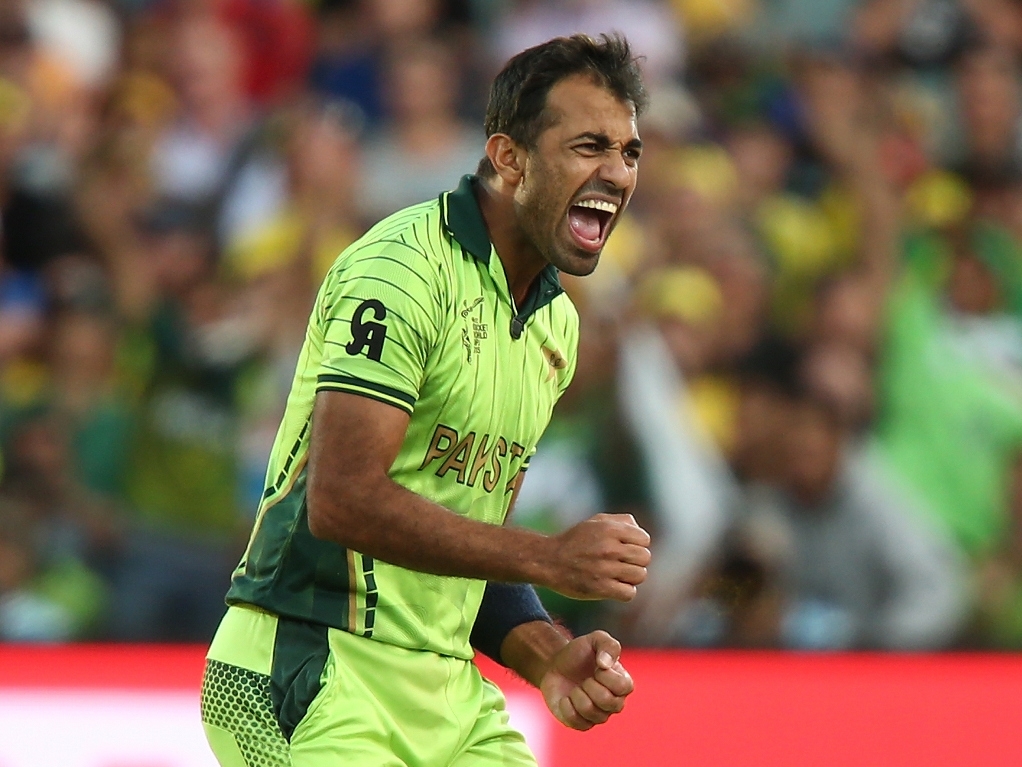 Pakistan fast bowler Wahab Riaz has relished his resurgence over the past month in the World Cup, saying it's a joy for a paceman to be allowed to bowl with freedom, as Misbah-ul-Haq pushed his pacemen to do.

Pakistan bowed out to Australia after an up and down tournament, but the fast bowling was their bright spot, and Wahab was the main force. He took 16 wickets, including four against Zimbabwe and three against South Africa.

He said that he has worked very hard over the years to increase his pace, and now regularly hits the 150kph mark, where he started out at 110. He thanks his bowling coach Aqib Javed, for all the encouragement.

Wahab told Cricinfo: "When I started I was really, really a medium-pace bowler, very slow. But Aqib Javed worked on me. He always said, 'If you don't bowl fast, you can't be a fast bowler.'

"So he really pushed me, made me work hard for six, seven years and then I started to bowl fast. You start enjoying it when you bowl fast, and suddenly when I was bowling fast, I always tried to bowl fast.

"I didn't know where I was bowling, but I just tried to bowl fast. That's how I developed my pace. I might have been like 110-112kph when I started my career in Under-17 and Under-19.

"Aqib knew what I was and he had a big role to play in my career; to make me play for Pakistan because he worked a lot on me. At times he took his hand off and said, 'I cannot work with you', but he never gave up on me."

Aside from Wahab, Rahat Ali and Sohail Khan also had success, and they were one of the better units when bowling at the death. While they fell out at the quarter-finals, Wahab was proud of the attacking lines they took.

He added: "For bowlers it is quite difficult because of the rules and regulations nowadays. But Misbah was quite keen that with the kind of pace battery he has got, he should be attacking all the teams.

"When the captain is asking you to attack, it's a very supportive thing for you because then you can give everything whether you go for runs or the batsman defends you. When the captain says, 'Just go and attack', that's what every bowler wants.

"We had a chat in the lunch break. Because we had the belief after we got South Africa out for 202, we bowled out Zimbabwe chasing 235 as well. We had confidence in our bowling attack, so it was all just go out.

"The plan was to attack them. Give 100%, play bravely and just try your level best."