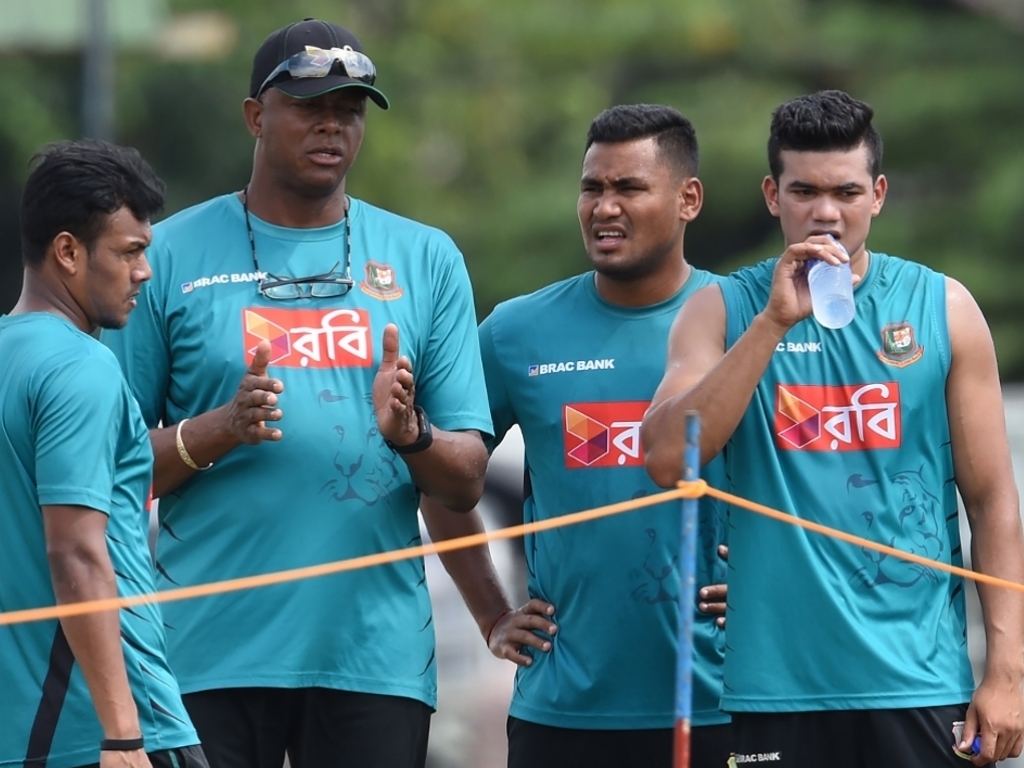 Former West Indies fast bowler and Bangladesh bowling coach is concerned about the ability of the Tiger’s quicks to bowl three or more spells in a day.

Mushfiqur Rahim’s men struggled to remain competitive throughout the first Test against Sri Lanka despite being faced with conditions that should be familiar to them.

The pacemen in the XI showed little appetite for the contest late in the day and Walsh feels this allowed Sri Lanka to get well on top.

Speaking ahead of the second Test that gets underway on Wednesday March 15 Walsh said: “They are not fully experienced on how to come back in the third spell.

The three seamers used in Galle, Mustafizur Rahman, Taskin Ahmed and Subashis Roy,  had played just six Tests between them ahead of this series and Walsh feels they will improve as time goes on.

Mustafizur is a highly-rated young player but he has yet to translate his promise from the shorter formats into success in Test cricket where taking 20 wickets is central to winning a game.

Walsh defended the young quicks who have had to adapt quickly as Bangaldesh moved from a home series against England into a tour of New Zealand followed by visits to India and Sri Lanka.

The former quick hopes that the occassion of Bangladesh’s 100th Test will lift the team.

He added:  “It is not unjustified [the expectation that they will take 20 wickets] because they are going to learn at some point in time.

“When you play Test cricket, you have to take 20 wickets. It is going to be hard work because of the inexperience. They will get better the more they play, but the other factor is that they are playing in different tracks.

“By the time they realised what happened in New Zealand and India, we had left those places. And now we are here. It is about adapting quickly. So far I think we are getting reasonable batting tracks.

“With more experience, you will only get better. I am hoping on the special occasion of the 100th Test, pride alone will kick in and the boys will do everything that they can to try to win this Test match.”