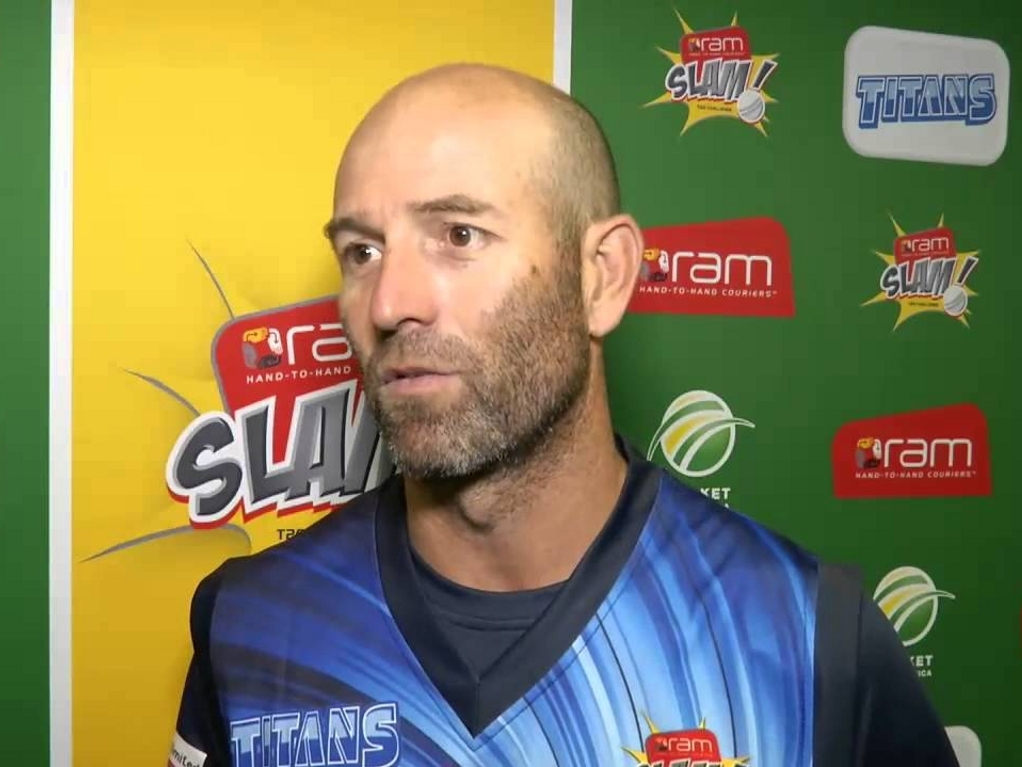 Rob Walter has resigned as coach at the Northerns franchise, and has taken up the position of head coach of Otago in New Zealand.

Walter will start his new tenure in New Zealand on 1st September 2016.

Under Walter's guidance the Titans won the Momentum One-Day Cup in 2014/15, having shared that title with the Cobras the year before.

In the 2015/16 season the Titans would claim a domestic double, winning the  RAM SLAM T20 Challenge and the Sunfoil Series (South Africa's domestic first class competition.)

“It was a value- and person-centred approach to raise the standards of fitness and cohesion while setting goals in association with each player in order to maximise individual’s potential.

“This approach has proven infinitely successful.

“He has transformed the franchise in many ways.  It was evident in the way the franchise batting improved the past two seasons, as our top- and middle-order produced 22 centuries in two seasons.

“We also improved our consistency in the bowling department.

“Many players blossomed under Rob’s watch.

"You have to look at what Qaasim Adams, Dean Elgar (in all formats),  David Wiese, Farhaan Behardien, Chris Morris (in all formats),  Tabraiz Shamsi (in T20-cricket and first-class cricket), Junior Dala, Ethy Mbhalati, Heino Kuhn, Mangaliso Mosehle, Albie Morkel (in the limited formats) and Quinton de Kock achieved with Rob at the helm,

“The Titans were explosive and attack-minded. They pursued wins but encapsulated the spirit and values of good sportsmanship. The work-ethic throughout the year was five-star,”

Walter leaves the Titans in a healthy position. Several Titans players have put in performances that have either earned them Proteas call-ups or seen them play for the country's 'A' side.

Faul continued: “Rob was an exponent of developing individuals and in creating a healthy competitive squad-system,”

“Grant Thomson, Graham van Buuren and Eldred Hawken made their presence felt during different stages of the 2015/2016-season, which underpins the successful approach by the coach,”

Faul went on to thank Walter for hsi service to Titans cricket: “It is indeed a dark day for Titans cricket to lose a coach of Rob’s stature. We want to pay tribute to his enormous contribution. We wish him and his family well when they embark on a new chapter of his cricketing odyssey in Otago, New Zealand,”

Walter explained what motivated the move and took time to thank the Titans and CEO, Faul, saying: “What prompted my decision is that I have a young family and I wish to pursue a new coaching challenge in a different environment that will help me grow as a coach,

“I would like to thank Jacques for his unwavering support.

"His continual drive to make the Titans the premier franchise in the country was in turn an encouragement for me to push the team to do the same.

‘’He went a long way in helping to create an awesome environment for the players to arrive to each day. No request was ever too big and none of the team’s success would have been possible without his passion to help me create something special,

“I also salute my management team and support staff for their amazing attitude and for sharing my vision and goals. Whatever success we have achieved as a team is as much a tribute to their hard work as it is to mine.

“Obviously I have to pay tribute to the players because they had to buy into a vision in order for it to produce results.

“Their work ethic has been unbelievable and they have conducted themselves in a very professional and passionate manner, both on and off the field. It has been an awesome privilege working with each and every one of them.”

Walter expressed pride in his work with the Titans players, adding: “I could literally celebrate some personal achievement with every player that I have worked with over the past three years,

“For that, I am eternally grateful. Those are the moments that you cherish and reflect on as a coach.

"I am grateful that the Titans have allowed me to pursue another exciting opportunity in my coaching career."

Of his new post Walter said: “To now be part of the system that feeds the national side is a very exciting challenge and at the same time a wonderful opportunity,

“I hope I’ll be able to make a meaningful contribution to this pipeline and to the future success of the Volts team, and look forward to being an integral part of each player’s development moving forward.”

Otago Cricket chief executive Mike Coggan was delighted with the appointment: “We’re thrilled to secure the services of Rob for at least the next two years,

“Rob is highly respected and will certainly add a competitive edge and an entirely new learning environment for the Otago Volts group and our wider staff. His experience and desire is first class.

“We’re very pleased Rob has chosen Otago as his destination, and we look forward to exciting times ahead."