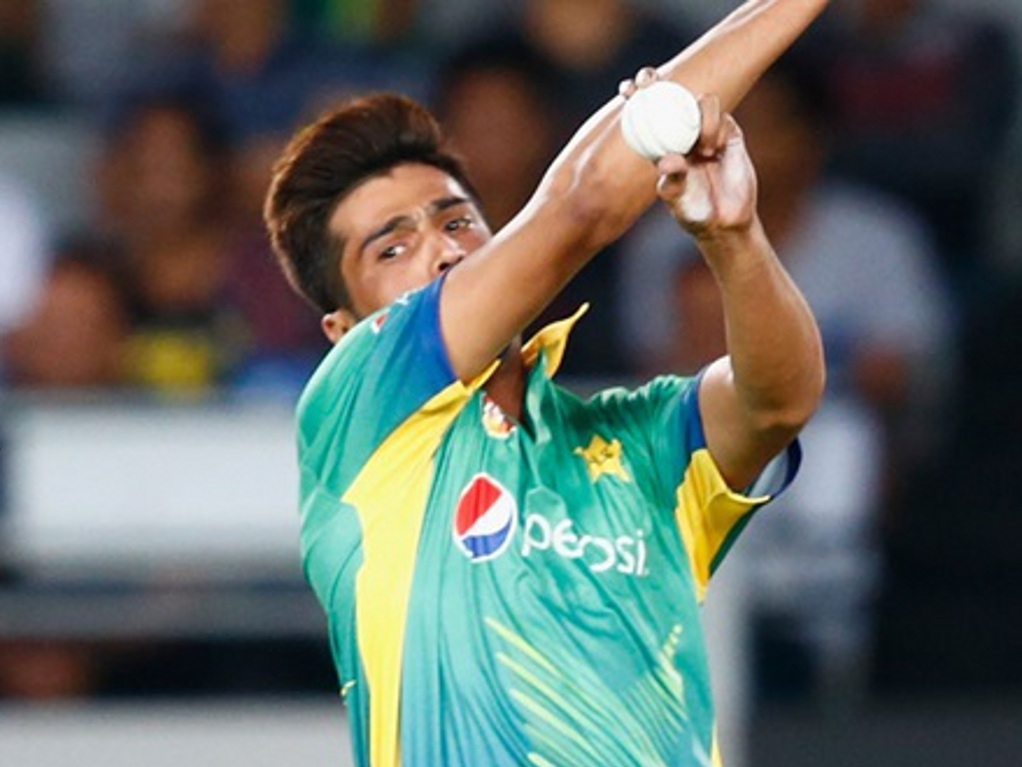 Pakistan fast bowler Mohammad Amir took one wicket upon his return to international cricket, and while the praise was lukewarm from his coach, Waqar Younis did say he expected more in future.

Amir took the wicket of Matt Henry in Pakistan's win over New Zealand in the first T20 of the series, and Waqar said that while it wasn't the best performance, it did bode well for the future.

Waqar said of the paceman's second 'debut': "I thought he bowled pretty OK. He'll get better and better.

"Twenty20 is a tough game, it moves so fast. It's difficult to expect certain things from some bowlers.

"I'm expecting Amir to give breakthroughs with the new ball. He's got the capability."

Amir was also unlucky in that he had two regulation catches dropped off his bowling, one by Shahid Afridi, and one by Sohaib Maqsood, and Waqar said those wicket would have given the paceman confidence.

The coach added: "I wanted those catches to be taken because it would have really given him that confidence at the beginning of the game. Unfortunately that's part of the game. I'm sure he knows that he will come back."

Amir has missed the past six years of international cricket, after being banned for match fixing in 2010. He was 18 at the time, and was thus young enough to make a meaningful comeback, despite resistance from some team-mates.