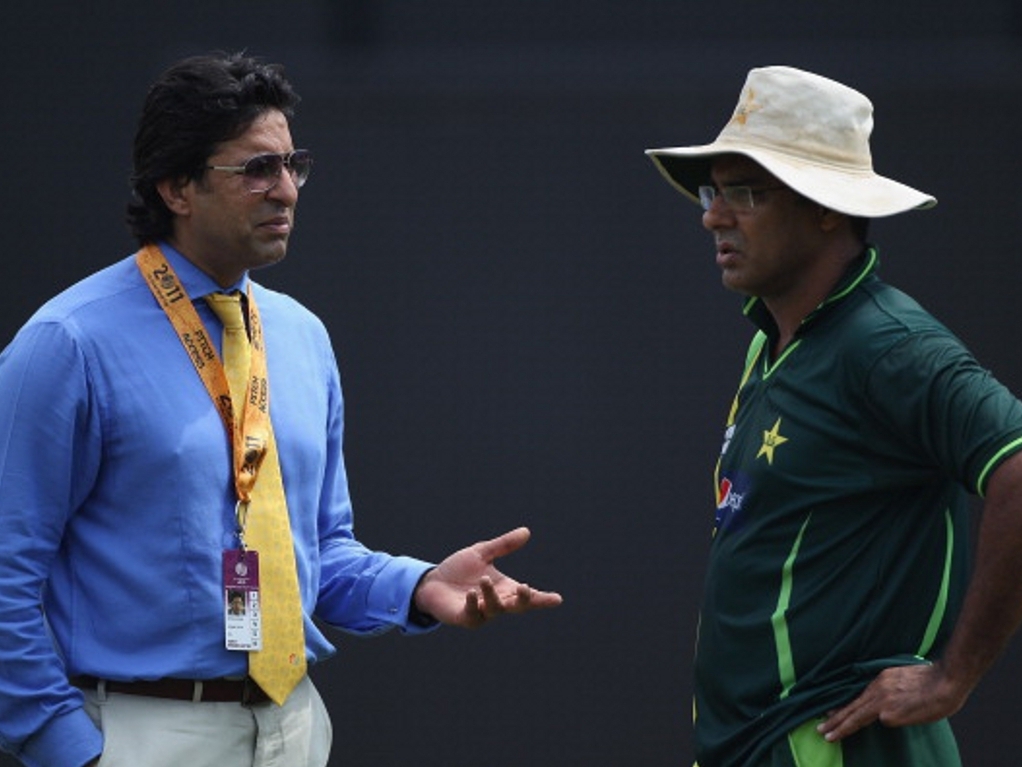 Former Pakistan captain and coach, Waqar Younis, has spoken about what was, at one time, a strained relationship with Wasim Akram.

Waqar believes the friction between two of Pakistan's all-time greats did not help the team's cause at all.

Speaking on the talk show ESPNcricinfo Talking Cricket, Waqar said: "I am really good friends with Wasim bhai, he has always been an elder brother,

"He has always supported and helped me on the field, off the field. Yeah, we had issues. He didn't only have issues with me but we had issues in the team those days, which yes, if you ask me the truth, yes I do regret at times because you know it did not really help Pakistan cricket.

"But then again if you look at it, we had issues off the field but when we walked on to the field it was different ball game altogether. We wanted to compete [with] each other, we wanted to take more wickets than the other one and I think in a way, it did help.

"But yeah, if you ask me that particular episode, yes, we all regret it because it shouldn't have happened. It was ugly those days but those days we were younger and we didn't know much, now [we are] probably wiser and we want to improve things. Yeah, you can say that it was a regret."

The former quick criticized the structure of first class cricket in Pakistan, saying too many teams are involved and called for a structure that would promote strength vs strength contests:

"I thought the system was a little bit better than what we have now. We had lesser teams, we had more quality in cricket and also we had — we still got – talent,

"I'm not saying that we don't have talent but I think this talent has been expanded and it's been lost a little bit because we got too many teams playing first-class cricket. In those days, we had only like eight first-class teams playing and competing against each other.

"It was very difficult to play first-class cricket those days. But nowadays, I feel that cricket — first-class cricket has just been, you know, been gifted away, there've been too many guys playing cricket. I don't want to take cricket away from any kid from Pakistan.

"They all deserve it. I come from a small town so I know the importance. But I feel when you look at the bigger picture, when you look at international cricket, I think it's important that first-class cricket should be played by fewer people.

"There should be a serious competition, that's how you produce top cricketers and I feel that that is lacking in Pakistan at the moment."

When asked about fast bowlers, Waqar opined that a paceman is born not made: "To make someone bowl fast…you cannot teach that. You're born with it, I guess,

"So, I was lucky that he told me to do that and I kept on doing that till the time I played.

"You know I had Wasim Akram who had already played for a little while, Azeem Hafeez was just sort of finishing, Saleem Jaffar was there, we had Imran Khan and we had some serious fast-bowling chain up at the top when I came.

"So it was just easier to learn just by watching them, not really telling them or asking them for anything, just by watching them it teaches you a lot. I back the system through which I have come but also there were people there to help you, there to show you how things are done and I was very lucky."