Warne backs Clarke to get over batting slump 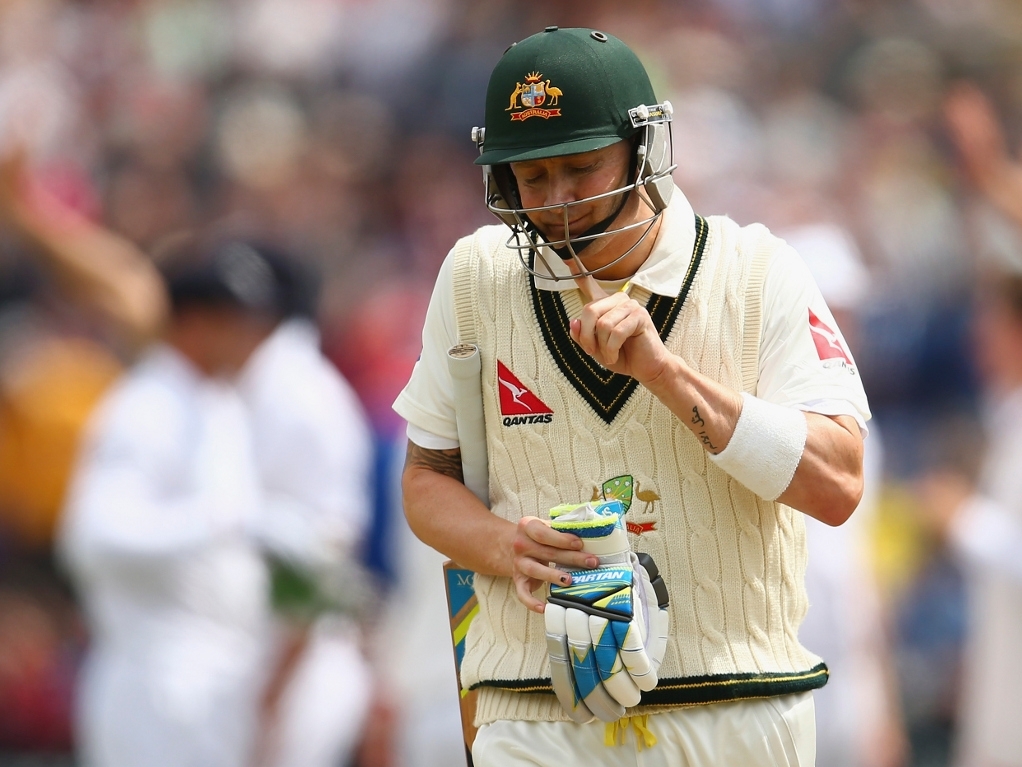 Legendary spinner Shane Warne says Australia captain Michael Clarke is just one innings away from finding his batting form as the Aussies stare at a defeat after two days of the third Ashes Test at Edgbaston.

Clarke only scored three as Australia were 168 for seven at stumps, a lead of only 23 runs as England seamer Steven Finn ripped through the top-order to claim five wickets.

The 34 year-old Clarke, who retired from ODI cricket after leading Australia to the World Cup title earlier this year, has endured a lean patch of late in Test cricket.

He has only scored 237 runs in his last 16 innings at an average of 19.6 with his career average now dropping below 50.

Warne, who took 708 Test wickets for Australia and is a close friend of Clarke, said it would be ridiculous to even think about leaving out the skipper and suggested that he get away from cricket for a few days after the current Test.

Warne told Sky Sports on Thursday: "Maybe Michael Clarke needs to get away and clear his mind for two or three days leading into the next Test match.

"He just needs one score and he's away. At the moment the problem is if the top three doesn't get runs, well who else is going to get them?

"Michael Clarke's a terrific player, but out of form at the moment."