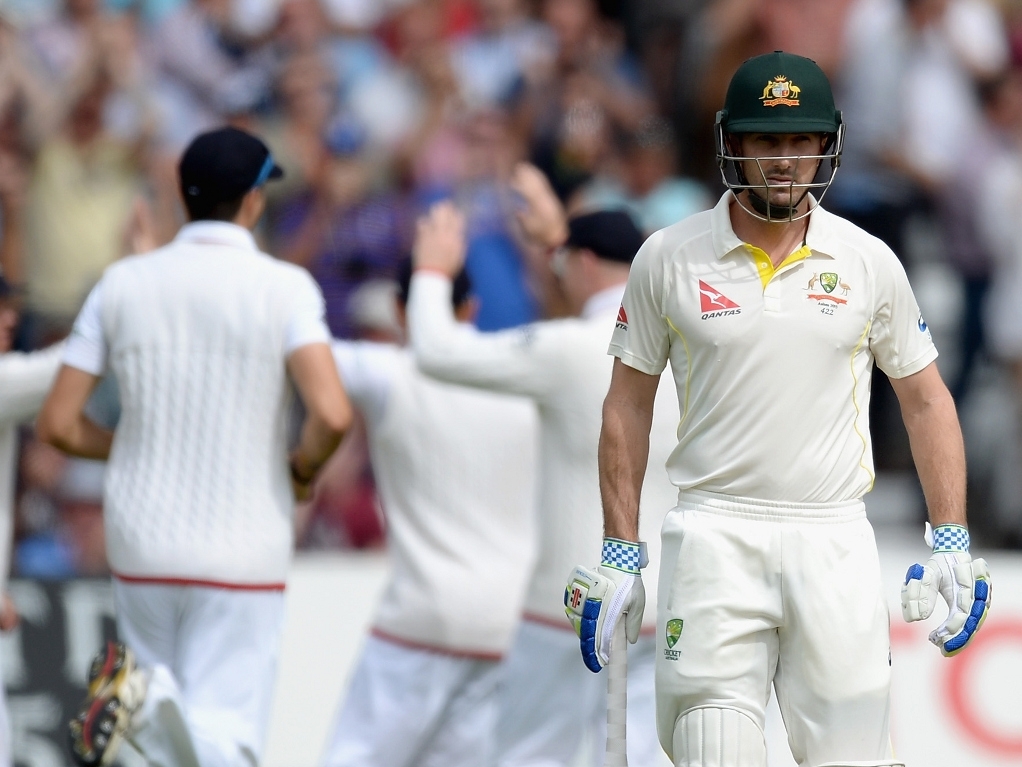 Australia's legendary spinner Shane Warne has slammed his countrymen for showing a lack of fight after they were bundled out for just 60 on day one of the fourth Ashes Test against England at Trent Bridge on Thursday.

Warne especially lamented the fact that none of the batsmen were willing to guts it out and get an 'ugly score' on a pitch that clearly had a bit of seam movement.

After losing the toss, the Aussies were 60 all out 20 minutes before lunch with England paceman Stuart Broad picking up career-best figures of eight for 15.

England were 274 for four at stumps, a lead of 214 runs, and having come into the match two-one ahead in the five-match series, have one hand on the famous urn.

Warne, who took 708 Test wickets for Australia, told Sky Sports: "Australia have all sort of problems. Where was the art of hanging in there, getting an ugly score, fighting, not giving your wicket away? It was too easy.

"England were superb from the moment they won the toss and forced the errors, but Australia could have been more defensive and had better technique. They looked shocked and had no real plan."

Warne's former Australia captain Ricky Ponting said his team's intent at the crease was all wrong as they looked to attack the bowling even though a defensive mindset was needed.

Ponting said: "Australia had to expect England to bowl well but I don't remember one forward defence being played.

"It didn't seem like the mind-set was there to stop England running through them – there appeared to be no know-how or nous on how they would deal with the moving ball."