Home Countries Australia Warne: England must be patient with Rashid

Warne: England must be patient with Rashid 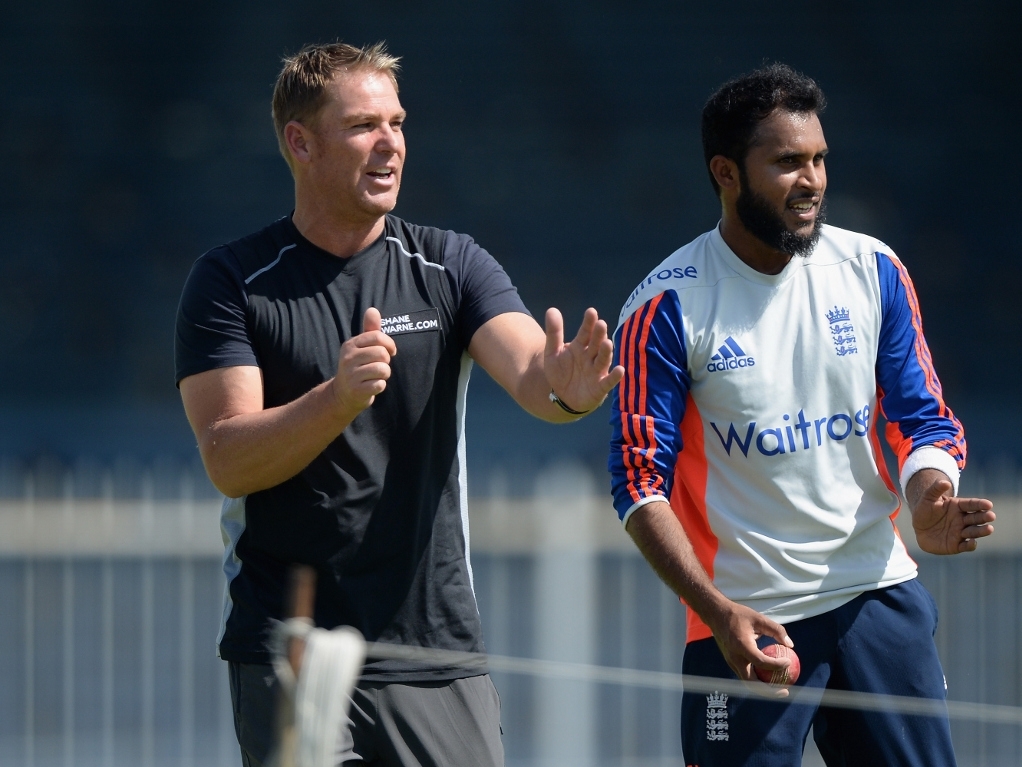 Australia legend Shane Warne has urged England's management, and supporters, to be patient with Adil Rashid after the spinner had a mixed bag of results in his first two Tests against Pakistan.

The 27 year-old Rashid bounced back from delivering the worst figures on debut in Test history in the first Test against Pakistan to claim five for 64 in the second innings.

The Yorkshire legspinner then took just two wickets in the second Test, for 191 runs in 45 overs, as England went down by 178 runs in Dubai to be one-nil down in the series with one match left to play.

Warne, who spent time with Rashid at England's training session on Friday, says he could see 'glimpses of magic' from Rashid but it would take time for him to settle into the longest format of the game.

Warne said: "The over-riding thing is he's a wonderful bowler. When anyone starts their Test career, it takes time to see the best of them. What we've seen already is some glimpses of magic. We've already seen he can do it at this level.

"It's about being consistent, so that's going to take time. All of us need to be a bit patient with him. And he needs to be patient too.

"But there's not too many people going round with a better leg-break than Rashid's. He's as good as anyone I've seen, ever."