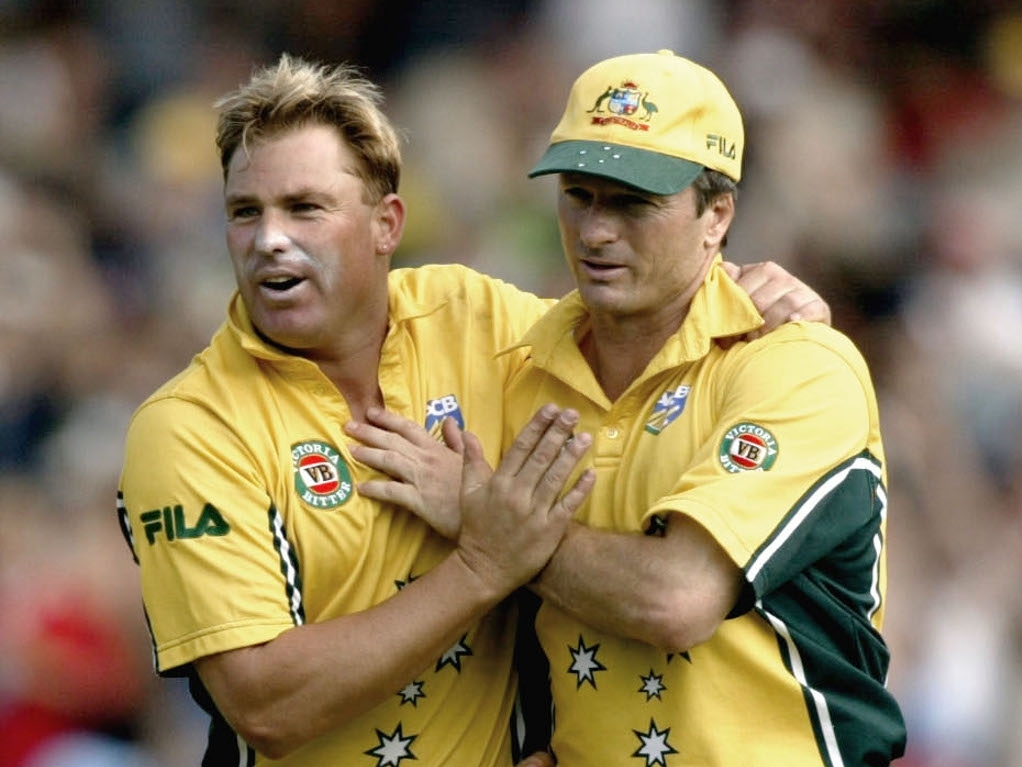 Former Australia spinner Shane Warne has aired some dirty laundry about his fraught relationship with former skipper Steve Waugh, calling the batsman 'the most selfish' person he's ever played with.

In the blunt assessment, given in an interview while appearing on I'm A Celebrity…, Warne discussed being dropped from the Test team in 1999, having taken two wickets in three Tests against the West Indies.

He blames Waugh for the axing, saying that the then-captain overrode everyone else's opinions on the matter. Australia won that Test, without Warne, and drew the series, and thus retained the Frank Worrell Trophy.

Warne said in the interview: "There's a lot of reasons I don't like Steve Waugh … (one of them) because he's the most selfish cricketer I've played with.

"One thing that really annoyed me about him was the one Test I got dropped, in the West Indies (in 1999), we had to win the last Test match to (retain) the (Frank Worrell) Trophy. At that stage, captain (Waugh), vice-captain (me), coach (Geoff Marsh) used to pick the team.

"We went to selection. I hadn't bowled well [and] we had lost – Brian Lara batted unreal – but I felt like I was being the scapegoat, that because I didn't bowl well it was my fault.

"I was really disappointed with that after (almost) 10 years. I'd just had a shoulder operation. I thought the situation, of having to win a Test match, would've brought the best out in me too.

"I don't like Steve Waugh for a lot of other reasons, but that was the reason I thought (there was no way that relationship would recover)."