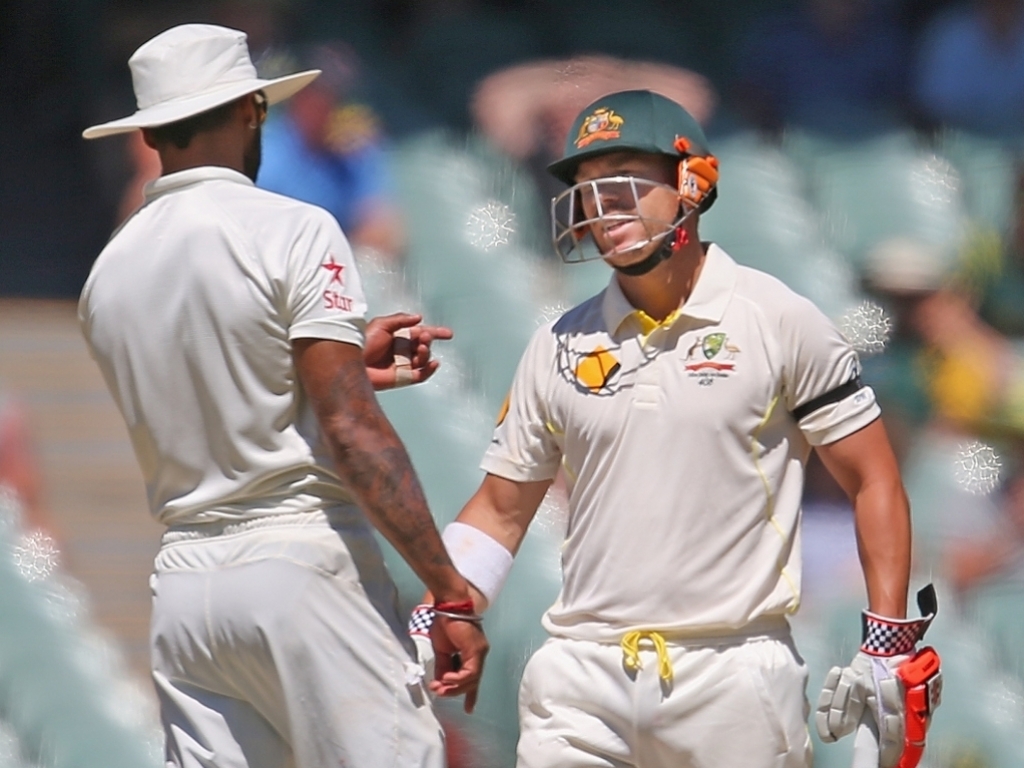 Australia opening batsman David Warner has called on his Aussie team, and India, to tone down the sledging ahead of the fourth and final Test starting at the Sydney Cricket Ground on 6 January.

Warner, who himself has been one of the most volatile with the verbal sledging in this series, has, somewhat surprisingly, made the plea to his team-mates, to be quiet, especially when getting a batsman dismissed.

He said: "Sometimes the way that we celebrate wickets, not just the Indian team but we do it as well. Sometimes we've all got to be careful not to get over-excited and get in the batsman's face.

"Let them walk off, I think the best thing you can do is turn your back and give them the silent treatment when you get them out because you have the last laugh doing it that way."

Warner, who was fined after the first Test in Adelaide, admitted that he is one of the main instigators that tries to get under the skin of the opposition, but wants to learn from his past mistakes.

He added: "I know I have to learn, and I've learned from that in the past, but I think all of us can take a message from me. Which is a surprise."

Australia lead the four-match series 2-0 with one match left to play.