Home News Warner concedes he was a bit too mouthy

Warner concedes he was a bit too mouthy 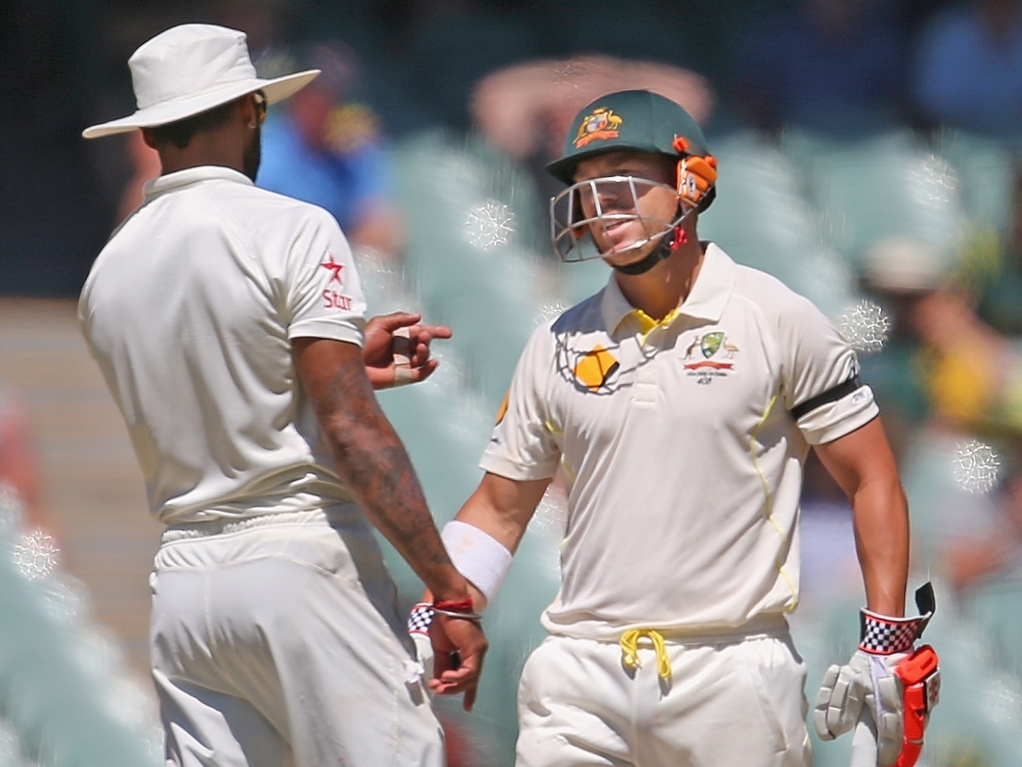 Australia opener David Warner has conceded that he may have been a bit too aggressive with his words on day four in Adelaide, but added that he didn't want to play his cricket any other way.

Warner was involved in a number of spats against India, in sharp contrast to the calm and polite first three days of the match. It began when Varun Aaron bowled Warner in the afternoon and gave him a pumped up send-off.

It was a no-ball though, so Warner was called back and he had a few sharp words in response to the bowler. The umpires had to get involved when Shikhar Dhawan and Shane Watson also joined the fray.

There was another incident later in the day, with Warner also in attendance, when Virat Kohli and Steve Smith had a go at each other. Warner was out soon afterwards, for 102, his second ton of the match.

Warner said at stumps of the incident: "It's just how cricket's played. When things don't go your way you sort of get the adrenaline up.

"For him to bowl the no-ball and me to come back in and I sort of went at him a little bit, I shouldn't have, but it got me into another contest and to start again from there. You have to keep riding the rollercoaster as much as you can.

"I think the world knows that I like to get involved and that's how I play my cricket. That's how it is, I try to take it to them. If I have to be a bit verbal I will and sometimes I cross the line, I've got to try not to."

This was Warner's second twin ton Test this year, having done the double against South Africa in Cape Town earlier this year. It was his sixth ton of the year too, and he stated his next aim was to convert tons into 200s.

He added: "I've got to keep riding this rollercoaster and keep doing my job for the team, which is scoring runs at the top. Sometimes there is an advantage but at the top of the order you've got to bat as long as you can as big as you can.

"For me now it's about when I'm getting those hundreds, I've got to make big hundreds and turn them into double-hundreds for the team. That's my next goal, once I'm in I've got to try to go big like Michael Clarke did against India last time."

The opener added that the two tons made him think back to when Phillip Hughes did the same thing against South Africa in 2009, and that he drew inspiration from watching footage of Hughes' efforts.

He said: "We've been seeing the highlights of his back-to-back hundreds in the last week or so and it's a fitting thing, he's given me some luck out there today.

"But it's a memorable thing to get centuries back-to-back and he made two fantastic hundreds in South Africa."