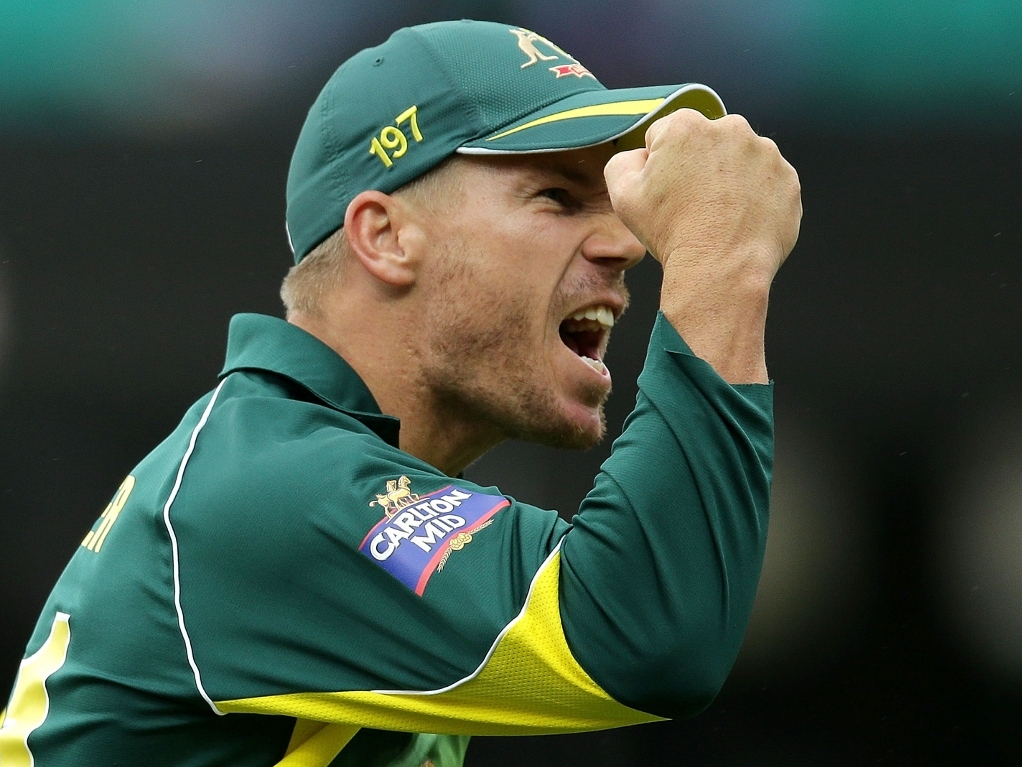 Australia batsman David Warner has sent out an ominous warning to all their opponents at the upcoming World Cup, saying they are backing themselves to lift the trophy on home soil.

The Baggy Greens, who come off an ODI tri-series victory against England and India, are one of the favoured teams to go all the way in the tournament that they will co-hosting with New Zealand.

Warner has spoken about not being over-confident as the last time Australia hosted the global event, in 1992, they came unstuck and never reached the knock-out stages.

The left-handed opening batsman has been speaking to former Australian players Geoff Marsh and Craig McDermott, who both played in 1992, about expectations when playing in a major event on home soil.

Warner was quoted as saying in Cricket Australia website: "They sort of said they thought it was going to happen (winning the World Cup) when they were here on home soil.

"We can't be too complacent, we've got to keep backing ourselves, and this tri-series was a great message to the rest of the world coming out here that we mean business.

"People think there's a lot of expectation and pressure on us but we don't see that at all. We see it as another game and we've got to win every game to win that World Cup.

"I know me and Finchy (fellow opener Aaron Finch) have spoken about it as opening batsmen that we can really dominate and see a clear message that we mean business."

The World Cup gets underway on the 14 February.