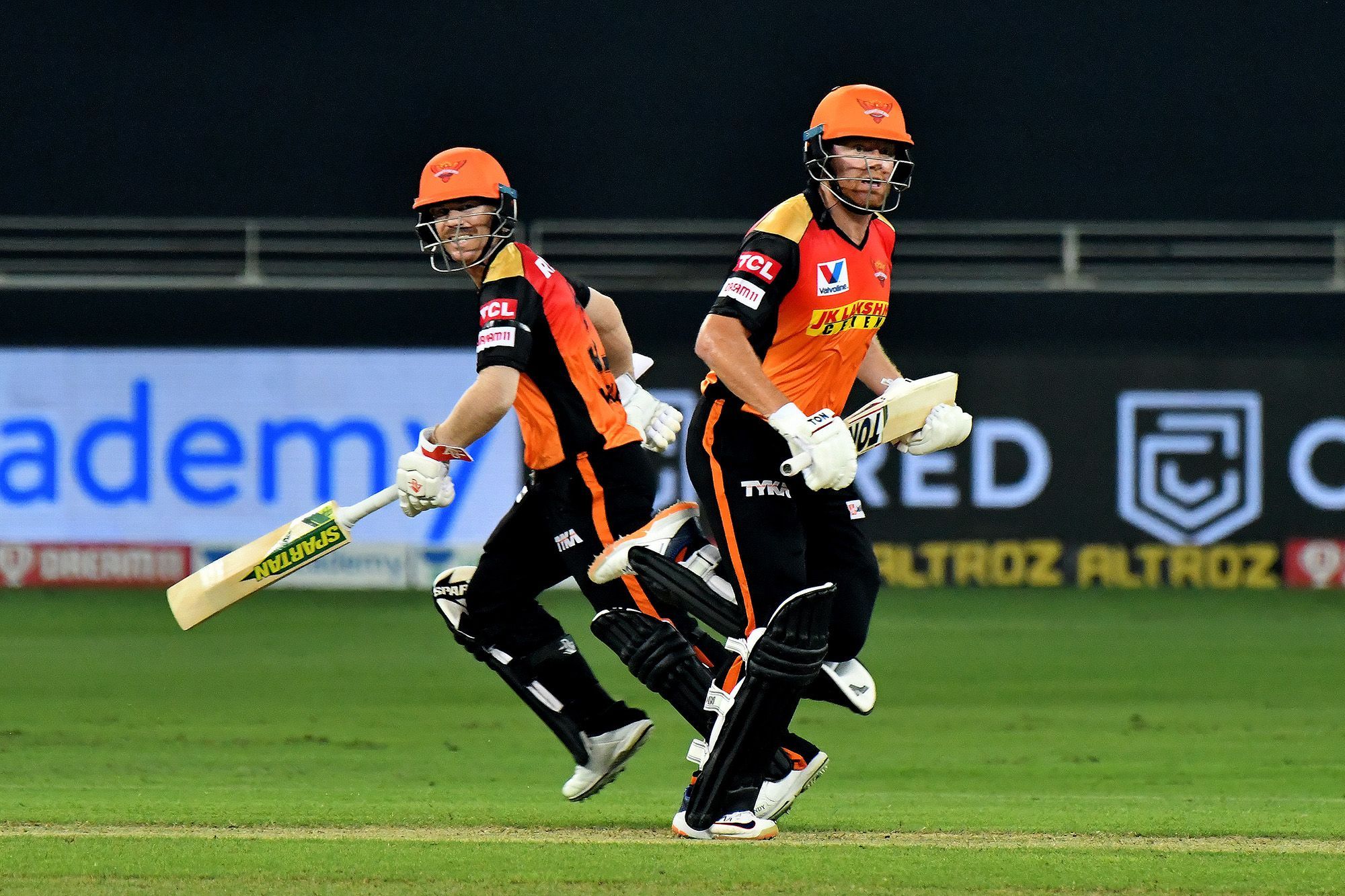 Sunrisers Hyderabad captain David Warner says that he is really enjoying opening with Jonny Bairstow at the franchise.

The pair put on a mammoth 160-run first-wicket partnership against the Kings XI Punjab in Dubai on Thursday to help the side record their third win of the 2020 Indian Premier League.

Warner said at the post-match press conference that he is simply trying to feed the destructive Englishman Bairstow the strike. The wicketkeeper-batsman smashed 97 off 55 balls to secure the man of the match award.

No Ashes hatred in Sunrisers camp

The Australian said that there were no Ashes grudges between himself and Bairstow or any other England internationals.

“I don’t know why people think there’s so much hatred between the two countries!” Warner joked after their 69-run win.

“It’s going well, at the moment I’m just giving him strike. Look we really enjoy batting together out there.

“We tried to take it to them and fortunately enough today we were able to get through the powerplay.”

The Sunrisers skipper also lauded the performance of Afghanistan leg-spinner Rashid Khan who returned figures of 3 for 12. The Orange Army have had to adapt to the loss of Mitch Marsh and Bhuvneshwar Kumar, but the skipper was pleased with his attack.

“Rashid obviously gets shown a lot of respect, he’s a world-class bowler and it’s nice to have him. Obviously, it’s disappointing and sad for Bhuvi but having him out gives others opportunities and we did okay,” Warner said.

Warner felt reasonably calm throughout the Kings XI chase but admitted to being made slightly nervous by Nicholas Pooran blazing it to all parts.

“Enjoyed it, but was a little nervous when Nicholas was hitting them out with four overs to get in. I played with him in Bangladesh and when he’s hitting it clean, you always think hard,” Warner said when asked what he thought of his team’s performance.

Warner’s Sunrisers will be back at the Dubai International Stadium on Sunday 11 October with the skipper hoping for a repeat performance against the Rajasthan Royals.

“We have a tough game against Rajasthan, it’s a day game, hopefully we can put 200 on again.”