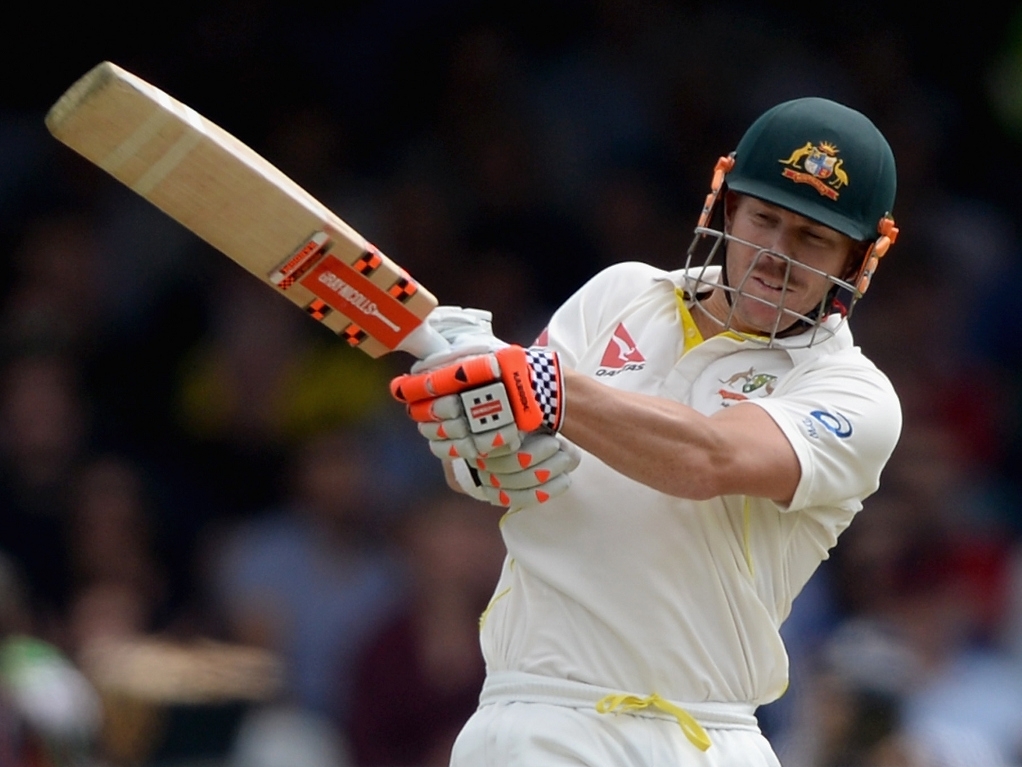 Australia opening batsman David Warner has thrown his hat into the ring to be the new Test vice-captain, given the current one, Steve Smith, will step into the role as captain after the Ashes.

With Michael Clarke retiring after the fifth Test at The Oval, Smith will take over as skipper as he's done when required in the past. With the second-in-command spot open, Warner feels he is ready to step up.

Warner, who led the Sunrisers Hyderabad this year, said on the CA website: "I had my first captain experience in the IPL this year.

"I felt like I had the team going in the right direction and I got some great feedback from the coaching staff and guys like (former India Test batsman) VVS Laxman and Murali (Muttiah Muralitharan) as well, so it was pleasing to hear that.

"And being captained by (New South Wales teammate) Moises Henriques as well – he came up to me saying I did a great job, which is always a great thing to hear.

"Definitely if the opportunity (to be vice-captain) arises I'd love to take that, but obviously at the end of the day I've got to do my job for the team, which is to score runs."

Warner also said that his relationship with Smith would be helpful if he were to be VC, given how much he already contributes on the field: "I've played under ‘Smudge’ (Smith).

"We've played a lot of cricket together. He’s got great ideas and I feel that I definitely can work with him.

"And even when I'm at mid-off I'm always asking the bowlers what they're thinking. But at the end of the day it’s up to the board and selectors to move forward with that."

As for the top brass, they weren't quite so quick to put names forward, and when CA chief James Sutherland was asked about Warner, he said: "I don't think that (appointment) is necessarily as obvious."