Home News Warner: It’s great to have Bhuvi in the shed at the back end

Warner: It’s great to have Bhuvi in the shed at the back end 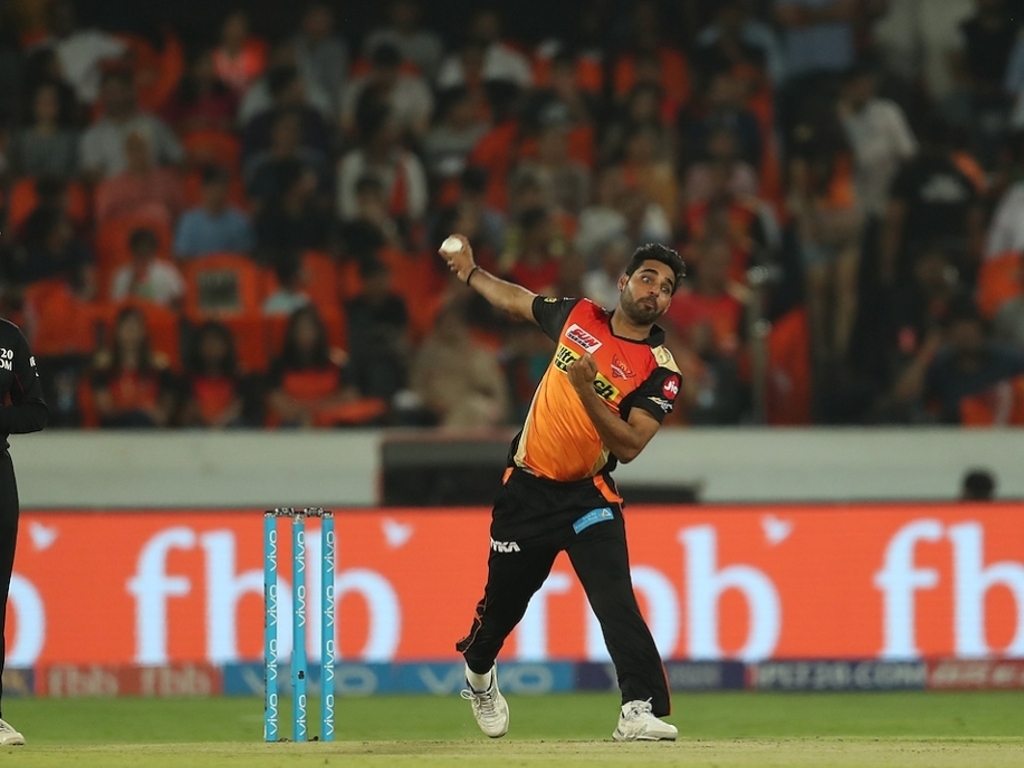 Sunrisers Hyderabad skipper David Warner has lauded the death bowling skills of Bhuvneshwar Kumar after the seamer claimed five to help his team to a tense win over the Kings XI Punjab.

A brilliant 95 from Manan Vohra was nearly enough to see the Kings XI home and indeed had Bhuvneshwar not removed him he would almost certainly have won it for his side.

Warner gave credit to Vohra for the way he played, having played a similar knock for the Sunrisers Earlier in the day carrying his bat to register 70 not out as the Hyderabad franchise amassed 159 in their 20 overs.

Warner said at the post-match presentation: “Unbelievable game of cricket. Credit to Manan for playing like that. Credit to Bhuvi too, he was unbelievable.

“Manan made it look easy when he cleared the ropes. He had to dig in for his team. Unfortunately only one team can win. It’s great to have Bhuvi in the shed at the back end and he executed perfectly.”

The India international seamer backed himself to do the job for the Sunrisers but was left breathless by the tense finish.

Bhuvneshwar said as he received his man of the match award: “My heart is still pounding. T20 is a game where you must expect the unexpected. I’ve been doing this job for Sunrisers and I knew I had to bowl the 19th over.

“I’m used to it and I believed in myself. When I bowled the 16th or 17th over, I knew he was in good nick. I wasn’t worried but wanted to make a plan instead. Warner and I planned to bowl straight yorkers and it worked.”

Kings XI Punjab skipper Glenn Maxwell admitted that their gameplan didn’t quite pan out the way they wanted it to.

Maxwell said after the match: “An outstanding game, made by a great innings by Vohra. Unfortunately he didn’t have help from the rest of us.

“It was definitely chase-able. We did well in the middle with the ball but let is slip in the back end. To play an innings like that in a losing cause is criminal. He’s a superstar. A big score like that was around the corner for him.

“We knew Bhuvi was going to swing it around a bit. We didn’t expect the wicket to be so up and down and he bowled good lengths. We had planned for him and Rashid, but giving seven wickets to them probably did us in.

“We wanted to take off and get 60 in the Powerplay, but it didn’t come off.”

The result leaves the Sunrisers Hyderabad third on the log while the Kings XI Punjab are fifth but both teams are very much in the mix.