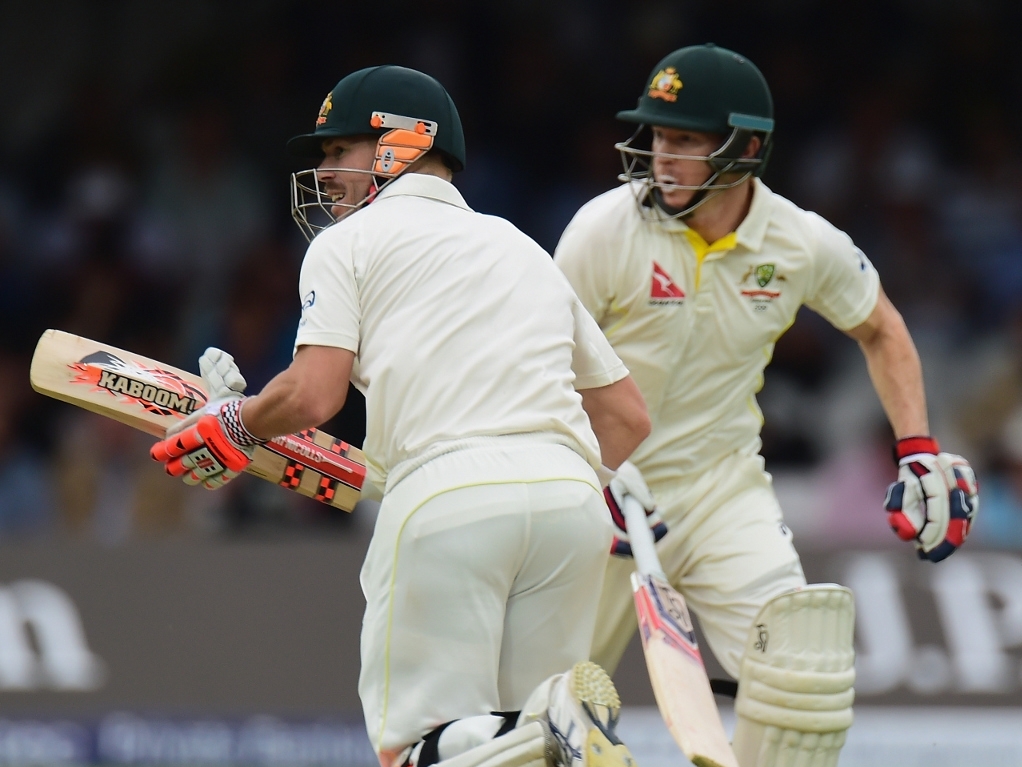 Australia opener David Warner has scoffed at the rumours surrounding his partnership with Chris Rogers, saying the idea that they don't like each other is untrue, and that they're just very different people.

The rumour came out ahead of the second Ashes Test, and Warner says he has no idea why or how it appeared, and that he and Rogers may be very different, but they still get on very well, on and off the field.

Warner said on the CA website: "It’s quite funny. Obviously in Australia we talk about yin and yang – two different people as in he reads a lot of books (but) I wouldn't read a book.

"He is on his Kindle but I'm on my iPhone looking at news. It is totally blown out of proportion.

"I have no idea where it has come from, but it doesn't help when your (team) mates like Brad Haddin stir the porridge a little bit and tell people we actually don't like each other.

"We get along very well, everyone in the group knows that. Everyone gives each other banter, but for some reason we get picked on."

Warner added that he didn't want Rogers to retire at the end of the Ashes, given how well they bat together, and joked with Rogers during their second innings at Lord's that the veteran was not allowed to hang up his boots.

Warner added: "When we put on the hundred partnership in the second innings, I came down the wicket and shook his hand and said, ‘Mate, you can't leave me’. He just laughed.

"He is playing with freedom, he is playing with a clear mind and I don't know what he said in the papers about his career afterwards but he is on a mission to score as many runs as he can and that’s the positive attitude he brings to the table with his experience.

"He is in a great frame of mind at the moment. He said the other day he is playing his best to date for Australia (so) I would love to see him go on, but he will know when it is time."