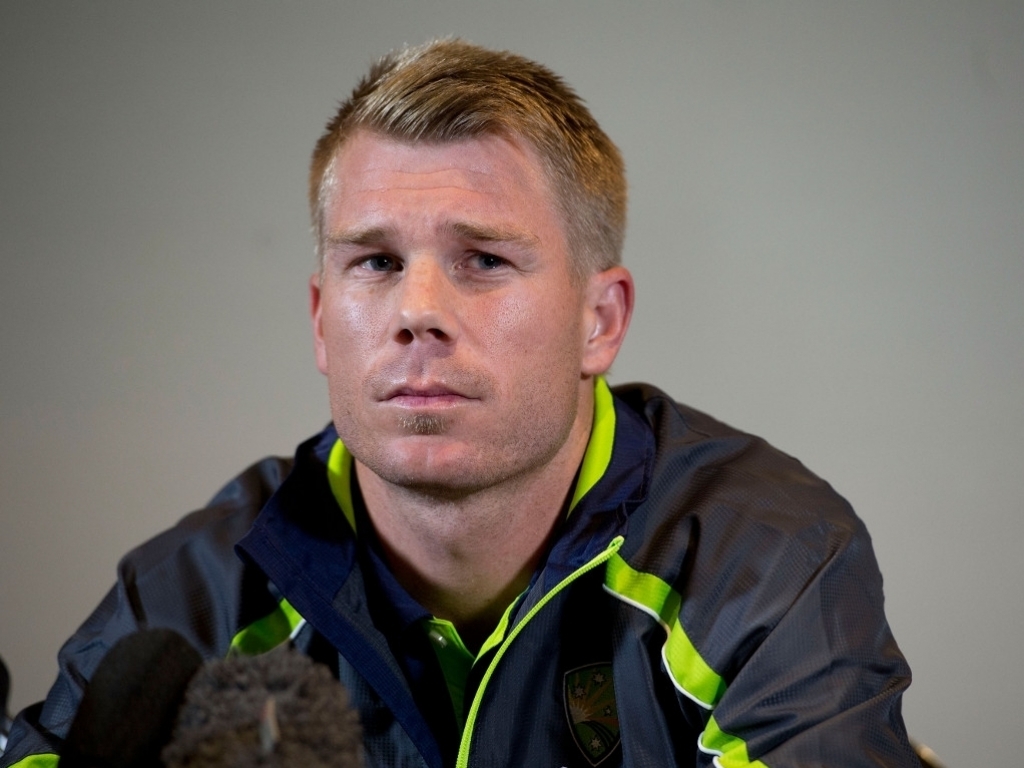 David Warner, Australia's opening batsman, thinks that his team should bat a little longer on the fifth morning before thinking of a declaration in the third Test at the MCG.

Warner, who was speaking to reporters after the fourth day's play, still remembers the first Test of the series, when India, chasing a target of 364, came close to recording a stunning chase.

It was also evident in this match that the tourists have the capability to bat for long periods and score big runs, as was the case when Virat Kohli and Ajinka Rahane both scored centuries in the first innings to combine for a 292 run fourth wicket partnership.

The Aussies currently have a lead of 326 runs with three wickets remaining, with top-order batsman Shaun Marsh still at the crease on 62, and skipper Steve Smith will decide if they bat on or declare overnight.

Warner said: "We saw in the Adelaide Test how well they fought there and luckily we got the breakthrough because it could have been a different story.

"They would have gone one-nil up. We know what their batting line up is like: Kohli and Rahane put on a great partnership. They had their luck but they went on with it and got big scores.

"That is in the back of our mind. We know the positive brand of cricket they are playing now and we have got to come out with the ball and either dry it up or take those ten wickets … I think we need a few more runs than what we have got on the board at the moment."

The left-hand opening batsman, who scored 40 in a 57 run opening partnership, still thinks the wicket is a good one for batting on Day five.

Warner continued: "It's still a very good batting wicket. There's not much sideways movement with the new ball but when the ball gets older and a bit softer there's a bit of reverse swing and I think that is going to be the key when we take the field, to try to get that ball going a bit, dry up the runs and get ten opportunities.

"That is the way we are going to try and win the game. Obviously the new ball is crucial and we've got to make the most of it. Extra zip with the new ball, I don't think there's going to be sideways movement at all.

"Depending on the weather there might be a bit of swing but I don't think that is likely."

Australia lead the four-match series 2-0 with one Test, in Sydney, remaining after this one.