Home Countries Australia Warner will always be emotional at the SCG

Warner will always be emotional at the SCG 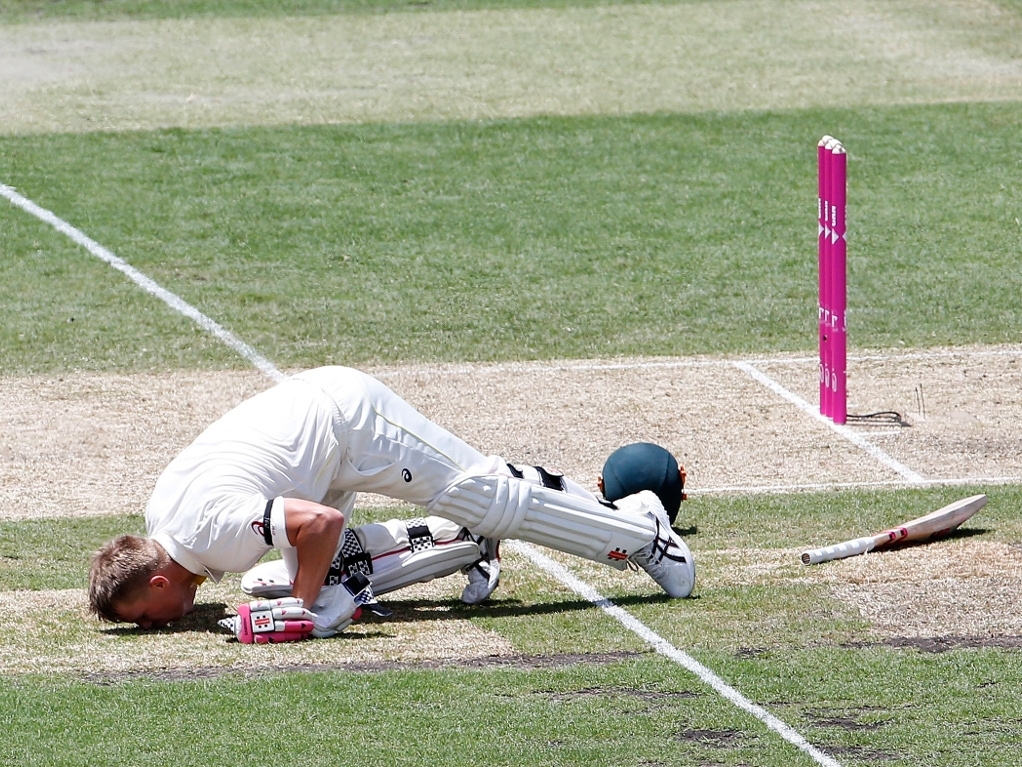 Australia opening batsman David Warner says that everytime he plays at the Sydney Cricket Ground, he will feel a bit emotional for his team-mate Phillip Hughes, who was struck in the neck by a bouncer at the venue and died in hospital two days later.

Warner, who was on the field when Hughes was struck, scored a century on the first day of the Fourth and final Test against India, and says the tributes before the match made it quite difficult to go out to bat.

When the left-hander reached 63, the same score Hughes was on when he was struck, he kneeled and kissed the spot on the field where Hughes fell.

He said: "It's always going to be in the back of my mind and I'm always going to remember my little mate. I thought it through my head to pay tribute to my mate and how to do that was how I did that today. Every time I play here I'll definitely be doing that.

"I was quite emotional at the singing of the anthems. The little tribute there beforehand put those memories back in place, seeing that little smile up on the board before going out there and singing the national anthem was quite hard.

"I had a minute to myself when I came off before we went onto the field of play at the beginning of the day and I had my head in the towel."

Warner was also pleased to that he could put contribute to his first double century partnership with fellow opener Chris Rogers, who scored 95, which set up a dominant day for Australia.

He said: "Putting up a double-century partnership today with Bucky (Rogers), our first one, we bat very well together, and I think that was probably the highlight of today for me."

Australia ended the day on 348 for two, with captain Steve Smith and Shane Watson both unbeaten with half-centuries.