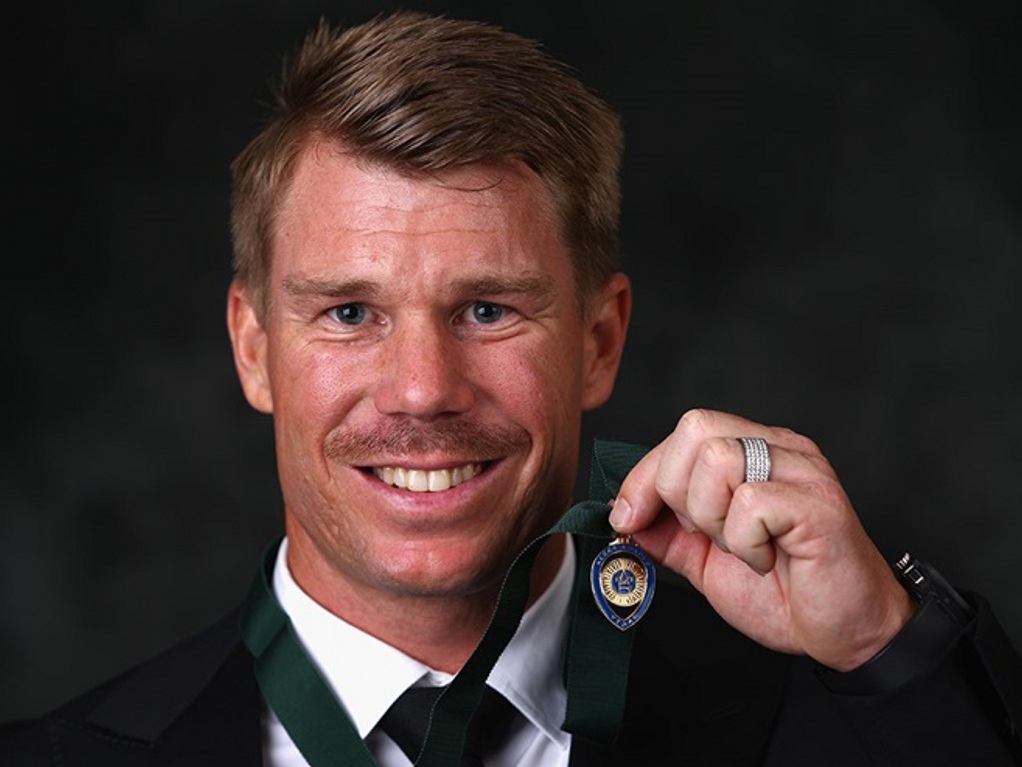 Cricket Australia's annual awards have been handed out, with opening batsman David Warner winning both the Test Player of the Year gong and coveted Allan Border Medal.

Warner won the AB Medal ahead of Test skipper Steve Smith, who had won it last year. Warner's record in 2015 saw both players and journalists vote for the opener as he racked up 240 votes, 57 more than Smith.

Warner said of his AB medal: "My heart is racing. I honestly thought Smudge (Smith) had a terrific year and he would have taken this out.

"People said to me I could have been one of the greats of the game but I just sat there and let it go through my ears. You can only control what you control on the field. "

'Bull' went on to thank his wife Candice for her support, as she is widely credited with being a major factor in Warner's resurgence and return to the straight and narrow.

He said: "I probably wouldn't be playing cricket today without you. I love waking up every day and knowing I'm playing for Australia, and I wouldn't change a thing."