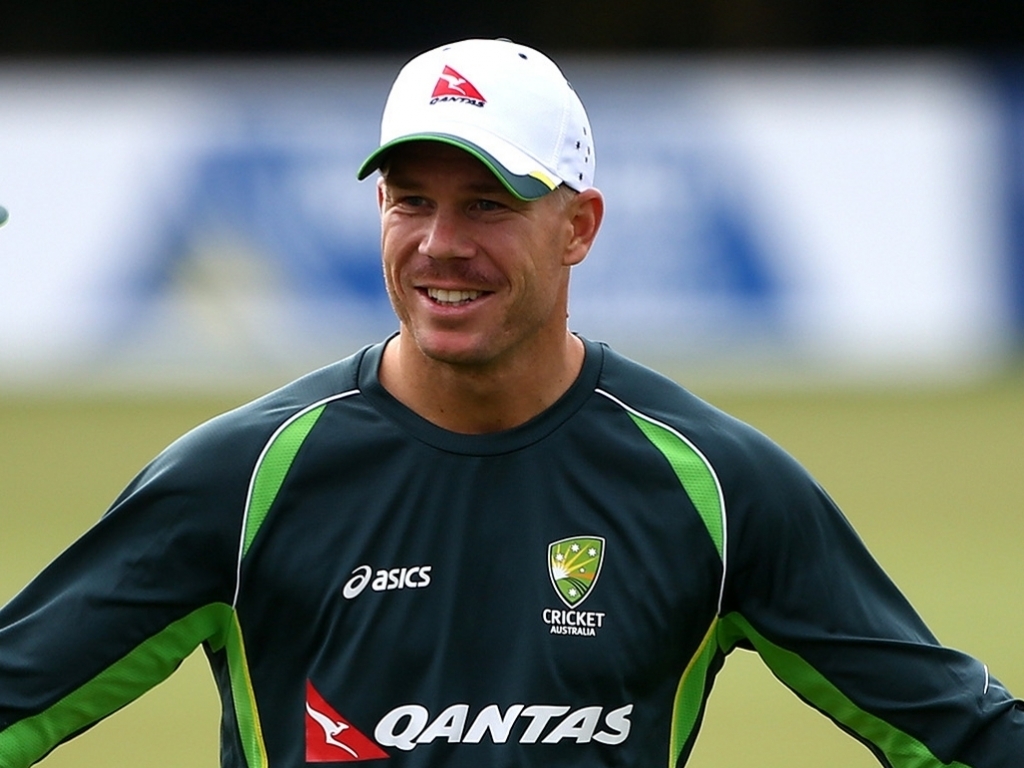 Australia opening batsman David Warner has been named the new Test vice-captain, which is a turn-around in fortunes of 180 degrees for the player once vilified and mocked for his poor behaviour, on and off the field.

Warner has transformed himself, over the past year or so, from a man Martin Crowe called 'thuggish' as early as January this year, into a husband and dad, and someone who has calmed down and matured.

It's not been an easy road for him, the bumps mostly of his own making, and he's credited his wife, Candice Falzon, for his renewed success. He's not lost all his boyish enthusiasm, just much of the stupidity that he sometimes displayed.

Here are a few of the more memorable moments, many in 2013 BC (Before Candy) that will make the casual observer wonder how on earth he's managed to become Steve Smith's deputy.

The most famous incident, and one that doesn't need much rehashing, is when Warner punched England batsman Joe Root in a bar in Birmingham in 2013. Warner has since said he felt that Root was mocking Muslims by wearing a wig as a beard. Root said that was utter rot. Warner was dropped from the Aussie team at that point, and sent to play for the A-side in South Africa…

Where he promptly got into an on-field spat with SA A wicketkeeper Thami Tsolekile, one of the calmest guys you'll find on a cricket field. What Warner said to Tsolekile, or vice versa, is unknown, but the umpires had to calm the pair down more than once. It didn't stop Warner from scoring 193 and regaining his Test place though.

We wrote at the time, as Oz went on to lose the Ashes: "Warner seems to be well-liked by his team-mates, aside from Michael Clarke when he has to field constant questions about the batsman's antics, and the pictures of him usually show him laughing and joking in training. The thing is, being the class clown is only tolerated when your homework gets done and you allow the other kids to get on with their work. When the Head Boy has to spend his time placating the teachers instead of doing his own sums, it's not funny any more, especially when the class is failing already."

Against India in their most recent Test series, Down Under in January this year, Warner got into more than one on-field altercation, with the most notable being with Rohit Sharma. The pair were arguing on the pitch and Warner told the India player to 'speak English'. He was fined 50 percent of his match fee for that incident.

Martin Crowe wrote a damning column about it on Cricinfo: "Warner can play, but he is the most juvenile cricketer I have seen on a cricket field. I don't care how good he is: if he continues to show all those watching that he doesn't care, he must be removed, either by Cricket Australia or definitely by the world governing body. The more he gets away with it, the more others will follow his pitiful actions. Already we see one or two of his team-mates enjoying being close to his hideous energy."

During the Ashes in late 2013, Warner drew the ire of many cricket fans and mental health professionals when he called England batsman Jonathan Trott 'weak' and saying he had 'scared eyes' when facing Mitchell Johnson. Trott was already on the brink of withdrawing from the series, citing stress related issues, and while Warner's comments didn't push that to happen, it didn't help the situation. Warner later apologised for his insensitive remarks, saying he was unaware of Trott's turmoil.

In May 2013, while Warner was playing in the IPL, he reacted with fury when reporter Robert Craddock called the T20 event a 'smouldering cesspit'. Warner took this personally and wrote: "Shock me @crashcraddock1 talking shit about ipl jealous prick. Get a real job. All you do is bag people. #getalife".

Cricket writer Malcolm Conn defended Craddock, and Warner attacked him too, tweeting: "@malcolmconn keep writing paper talk trash for a living champ only thing you will ever do" and "@malcolmconn are you still talking you old fart, no wonder know one buys your paper."

Warner was heavily fined for the exchanges.

To be fair, this was a Warner, but not David. His brother, Steve, launched an astonishing tirade on Twitter during the 2013 Ashes, first against Shane Watson after he reviewed an out LBW call, and then against CA for firing coach Mickey Arthur.

Steve tweeted about Watson: "F@%%ing selfish Watson sooner your (sic) out if (sic) the side you great pretender the better."

Hilariously, Steve called Arthur an 'escape goat', meaning scapegoat, for the Aussies's failures. David was quick to distance himself, but he became part of the running gag. #escapegoat