Home News Warriors, Patriots get off to winning starts in CPL

Warriors, Patriots get off to winning starts in CPL 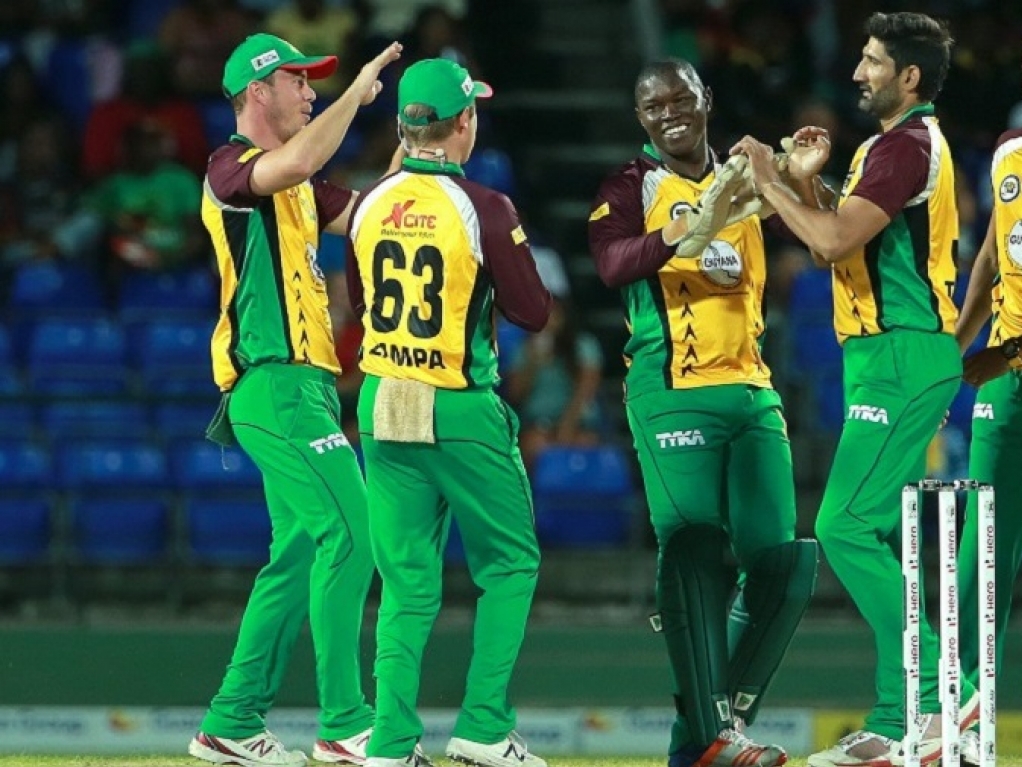 The Guyana Amazon Warriors and the St Lucia Zouks got off to winning starts in the fourth season of the Caribbean Premier League.

The opening game of the tournament took place at the Queen's Park Oval in Trinidad with the hosts, Trinbago Knight Riders, sent in to bat by the visitors.

The Knight Riders scored 162 for six in their 20 overs as Darren Bravo, batting at number four, anchored the innings with 63 not out from 44 balls.

The rest of the home team's batsmen seemed to struggle on a sluggish pitch with only Umar Akmal (30 off 28 balls) and CPL debutant Hashim Amla (26 off 21 balls) contributing anything meaningful.

Australian allrounder Shane Watson was the pick of the Zouks' bowling attack with figures of three for 26 in four overs while three other bowlers, including South Africa seamer Morne Morkel, took one wicket apiece.

The visitors had no problems reaching their target, hitting the winning runs off the first ball of the final over and winning by six wickets.

Johnson Charles (52) and Watson (17) gave the Zouks a start, putting on 47 for the first wicket within the first six overs.

Suil Narine tried to peg the game back in the home team's favour with two wickets bowling his mystery spinners but David Miller ensured no hiccups for the Zouks as he smashed an unbeaten 33 from 20 balls.

The Warriors won the toss and sent hosts, the Patriots, in to bat at Warner Park in Basseterre.

The home team mustered 164 for nine in their 20 overs with veteran Brad Hodge and Devon Thomas top-scoring with 38 runs each.

Captain Faf du Plessis weighed in the 30 but the visitors were pegged back by Pakistan left-arm seamer Sohail Tanvir, who took four for 20 in four overs.

However, Jason Mohamed kept his cool amid all the carnage around him to stroke an unbeaten 42 and hit the winning runs with one ball to spare to guide his team to a tense four-wicket win.