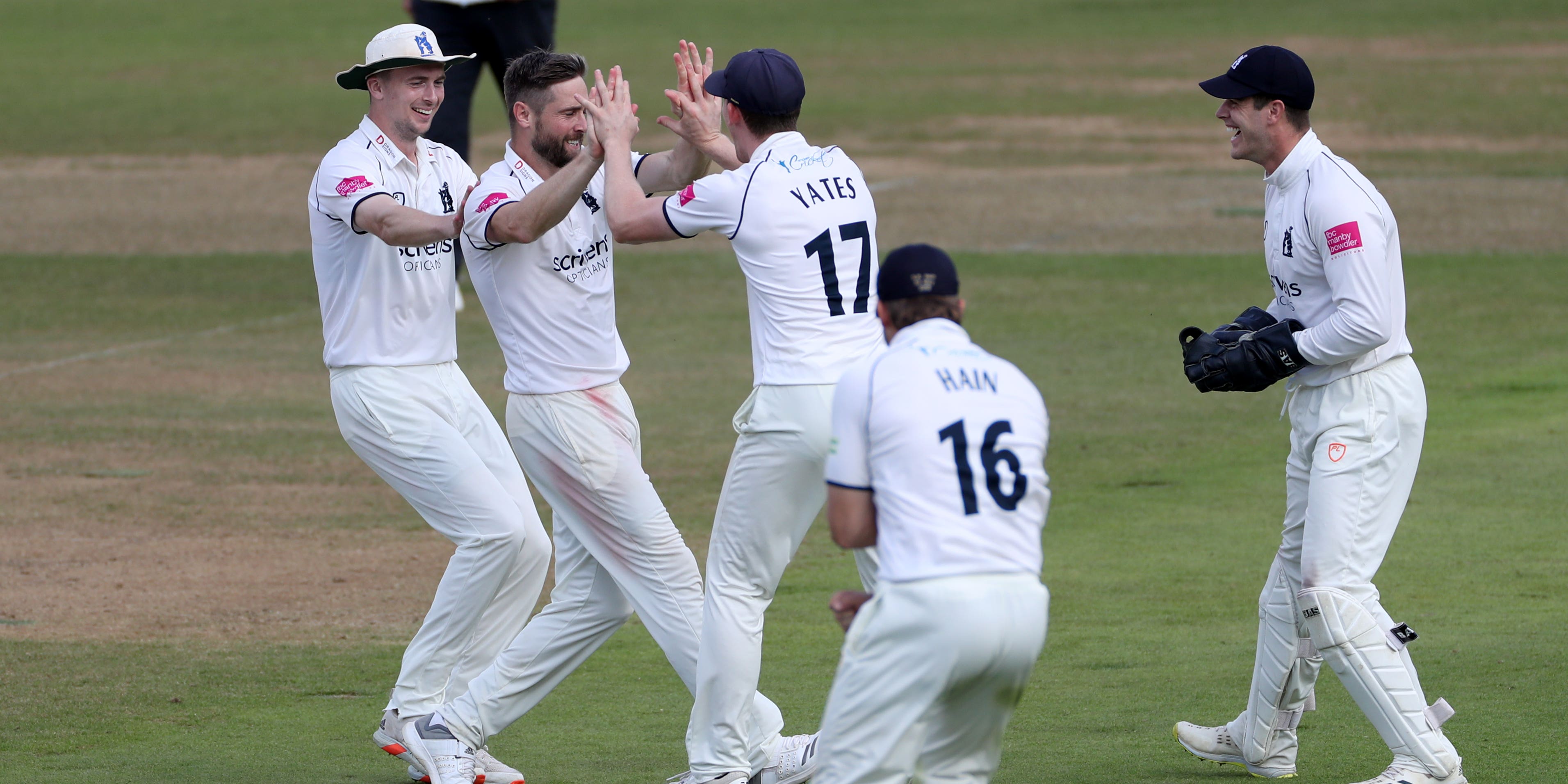 Warwickshire finished off Somerset in ruthless fashion to claim the LV= Insurance County Championship and pip Lancashire to the title on the final day of the season.

The Red Rose were watching on nervously from Emirates Old Trafford after edging a nail-biter against Hampshire on Thursday evening to give themselves a chance, but they were powerless to prevent the silverware being torn from the grasp at Edgbaston.

Liam Norwell dismissed Jack Brooks just before 4.30pm to seal a 118-run win and, with it, Warwickshire’s first championship triumph since 2012.

Skipper Will Rhodes made a competitive declaration after little more than an hour’s play in order to give his side 79 overs to take all 10 wickets, inviting the Cidermen to chase down 273 at a required-rate of 3.45.

But with the Division One title on the line, Warwickshire were not to be denied in the field as they dismissed the visitors for 154 in 52 overs.

Spinner Danny Briggs got the ball rolling with the only wicket to fall before lunch, dismissing Tom Lammonby with the fourth delivery of his only over, before the seamers took over.

England star Chris Woakes, whose participation in the match had been negotiated with the national side, claimed three for 39 while Craig Miles took his share of the burden with three for 26 before Norwell applied the finishing touch.

Rob Yates had earlier celebrated his fourth century of the campaign, finishing 132 not out in his side’s second innings score of 294 for three.