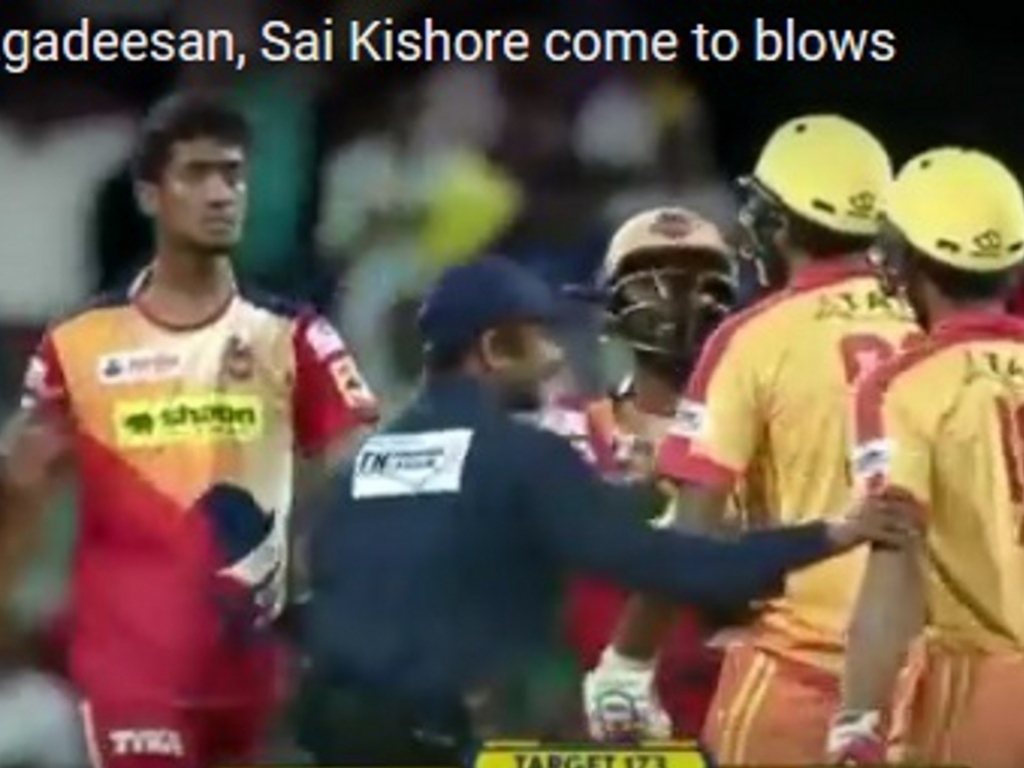 India spinner Ravi Ashwin is not often one for argy bargy, but in a recent Tamil Nadu Premier League match he got involved when his team-mate was shoved by an opposition bowler after being dismissed.

Ashwin, playing for the Dindigul Dragons got involved when N Jagadeesan was dismissed by Sai Kishore of the Chepauk Super Gillies. Kishore got a bit excited by the wicket and shoved the batsman while administering a send-off.

Ashwin intervened, and then had a stern word with the young bowler and the umpires, and the Chepauk spinner was visibly chastened by the world’s number three Test bowler. Schooled.