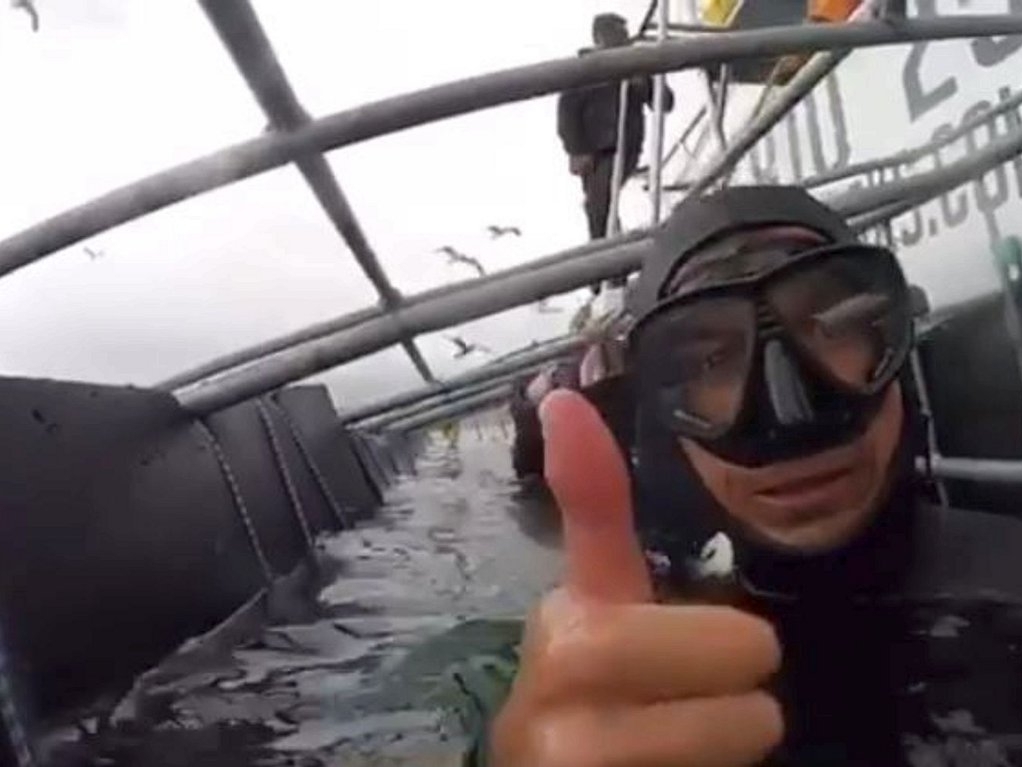 South Africa's cricketers enjoyed a day off this week and spent it not on the golf course, but rather on the high seas, going shark cage diving in Hermanus.

The Proteas will face England in a two-match T20 series this weekend, so facing a premier predator will make Jos Buttler's big hitting tame in comparison. Mental preparation at its finest.

Gun batsman AB de Villiers was more concerned about the sea sickness aspect than the actual sharks. Because he's a shark himself, so…

Shark cage diving today!!! With all due respect to the deadly creatures, I'm way more scared of the inevitable seasickness!!!

Million Dollar Man Chris Morris was also excited. Wonder if the post-dive drinks were on him?

Shark cage diving…lets do this!

Paceman Kagiso Rabada posted a picture before the trip, but nothing during or after. We're pretty sure he survived…

Dale Steyn posted two videos of the trip, one with the shark nicely in frame, and the other teasing media liaison Lerato Malekutu.

Then there's no joking around when he really does make a appearance!!! WOW!!! You can hear @leratomalekutu actually screaming underwater!#greatwhiteshark #gopro @wohza

Jokes before the Great White makes his grand appearance… @leratomalekutu

Faf du Plessis posted footage filmed from the boat, and the shark is very clearly hungry. Having done this as well, let us assure you that it is terrifying.