Home News ‘Watch the ball, hit the ball is my way’

‘Watch the ball, hit the ball is my way’ 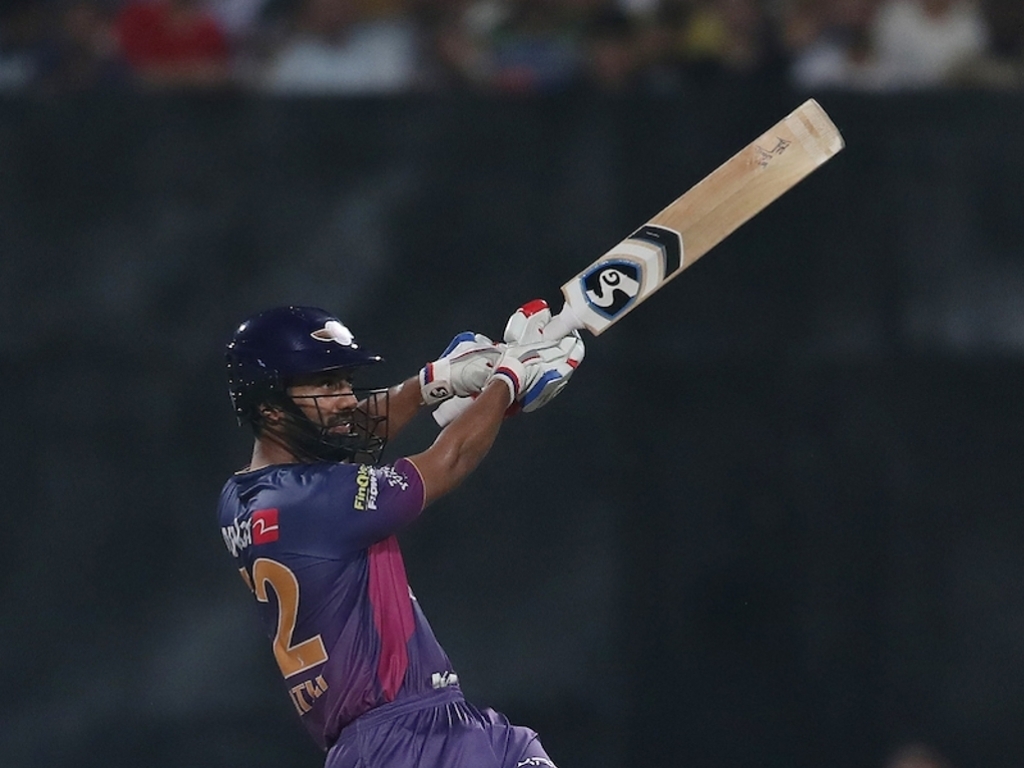 Tripathi admitted that playing in front of a packed Eden Gardens is something he is still trying to get used to but he played a gem of an innings as RPS won by four wickets.

Speaking after the match Tripathi said: “I enjoyed my batting today. I was getting good starts, but I was not able to push on. Today we won also, so very happy I could contribute and bat long.”

Tripathi’s 93 was by far and away the highest score for RPS with no other batsman reaching twenty.

The young man was eager to focus on his natural game despite the massive distraction of playing in front of a boisterous crowd in Kolkata.

“Watch the ball, hit the ball is my way. I know there are areas I need to improve, but I’m just doing what I can. I hit six sixes two times in an over recently.

“I’m happy I’m hitting the ball well and hopefully it continues. I think we had a very good start, the run-rate was always down, so the idea was to play till the end. Smith and Fleming told me to just hang in there, not to try anything extra. I enjoyed hitting sixes, the wicket was good, it was coming onto the bat.”

What a knock from Tripathi https://t.co/1M4Ebq6oGX #VIVOIPL via @ipl

Skipper Steve Smith felt that Tripathi deserved what would have been the third hundred by an RPS batsman in the IPL this year.

Smith said in his post-match interview: “We thought it would slow down later in the game, so we went pretty hard against the new ball. Then Tripathi just kept going. Unfortunate he didn’t get a hundred. He really deserved it. We need to stay consistent though and keep doing the b basics right and hopefully we’ll be there come playoffs time”

RPS are well placed to make the playoffs after a string of good results.

Smith said: “Been a good little run for us, six out of seven games. Tonight was a really good team performance. We did really well to keep them to 150 and Tripathi, hasn’t he been a revelation.

“The games we’ve won, we’ve taken wickets through the middle overs and put the brakes on the opposition. Had quite a few different guys stand up and get us over the line. Good for us. Hopefully we’re there come finals time.”