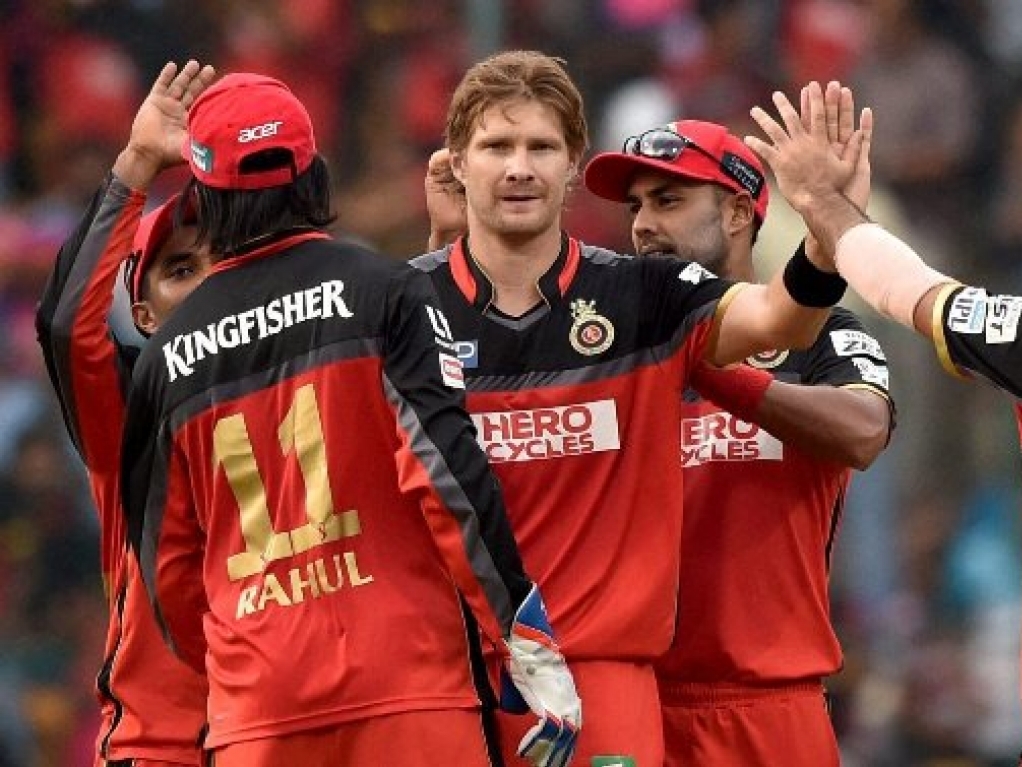 Royal Challengers Bangalore allrounder Shane Watson says he bowled more cutters than usual to help his team to a nail-biting one-run victory over the Kings XI Punjab in the IPL on Monday.

The experienced Watson got rid of Hashim Amla (21) and the dangerous Murali Vijay (89) for figures of two for 22 in four overs as the RCB restricted the Kings XI to 174 for four defending a target of 176.

The 34-year-old Watson said he knew what balls would work on the surface after he only scored a single when he batted before he was bowled by spinner Axar Patel to a ball that kept low.

Watson told iplt20.com after the game: "The plan changes from batter to batter, and from ball to ball. Knowing how the wicket was tonight, it was quite slow, so I changed pace because it was gripping a little bit.

"So I bowled a lot more of those cutters than the normal sort of speed balls. So that was really the plan – I realised that soon after I got out the way I did earlier in the evening – to keep bowling the variation deliveries.

"I knew the cutters were going to be very effective tonight and it's fortunate that most of the time it did."