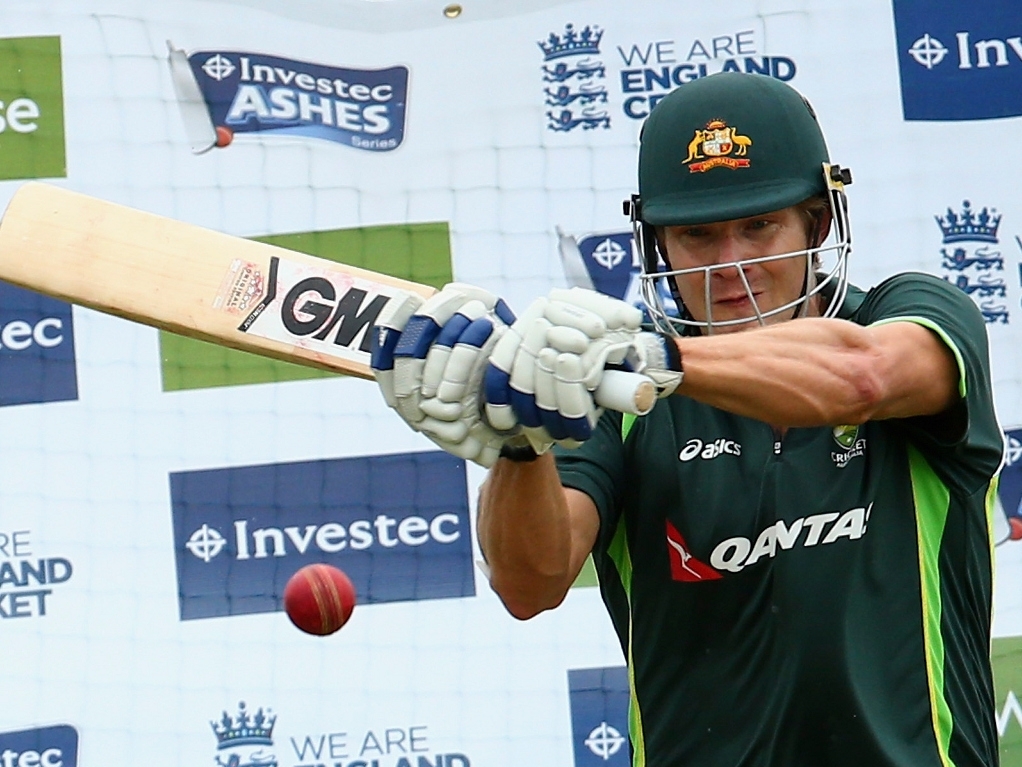 Australia bowling coach Craig McDermott's comments ahead of the first Ashes Test in Cardiff seems to indicate that all-rounder Mitchell Marsh will not be pipping veteran Shane Watson to the post after all.

there was speculation that Marsh, with two centuries in two tour games, may be picked ahead of Watson, but with McDermott describing Watson's bowling as 'excellent' and Marsh's as 'still developing' it seems unlikely.

One thing that did not help Marsh was Ryan Harris's retirement last week, leaving a veteran pace option open. Watson's experience, both in general and against England, is likely to keep him in the side for Cardiff.

McDermott said of the two bowlers: "With the fourth seamer only bowling 10-15 overs tops depending on how they're bowling and how the other guys are going, his (Watson's) control is excellent. He's a lot more experienced and has been around for a long time so you'd expect his control and everything else to be better.

"Mitch is still developing. He's got some pace back; the No. 1 thing we were chasing for from him was to get some speed up. Him obviously being nervous with his injuries throughout the summer in Australia and wanting to stay on the paddock made him back off a little bit I think.

"Now he's our No. 1 man over the 2km time trial and all that sort of stuff he's got his fitness back, he's lost some weight and he's got his pace back up.

"He's actually swinging the ball nicely now, he bowled a lot better in the second innings in Essex than the first innings and also Canterbury. So considering he hasn't had a lot of four-day cricket bowling it's a work in progress but he's coming on nicely."

Another man likely to miss out is paceman Peter Siddle, who is looking good but Mitchell Starc and Josh Hazlewood are still in line to accompany Mitchell Johnson as the lead pace trio, despite Harris's retirement.

McDermott added: "It's disappointing for him (Harris) but we've got to find someone else to do the job he does and I'm sure four of the guys we've got are quite capable of doing that.

"Peter Siddle's bowled very well in the last couple of games, the other guys are getting back into their work, and Jono's bowling quicker here than he has for a while I think and swinging the ball nicely. So those four frontline guys are all in the mix and if we don't play four it'll be a tough selection call.

"Everyone who's been through the World Cup and to the IPL in particular took a bit of time to get back into their work. Jono's arm path has got a bit better over here, a bit higher and he's got his seam in a better position, and he's just got a real spring in his step at the minute, so that's good for us and hopefully not good for the Poms.

"Starcy and Josh basically had two and a half weeks off from game time, so just took a little bit of time to get back into their rhythm and bowling. They both bowled very well in the second innings in Essex, so we're pretty happy with their preparation, and Sidds bowled well in both games and his pace got better as well."