Watson suffers blow to the head 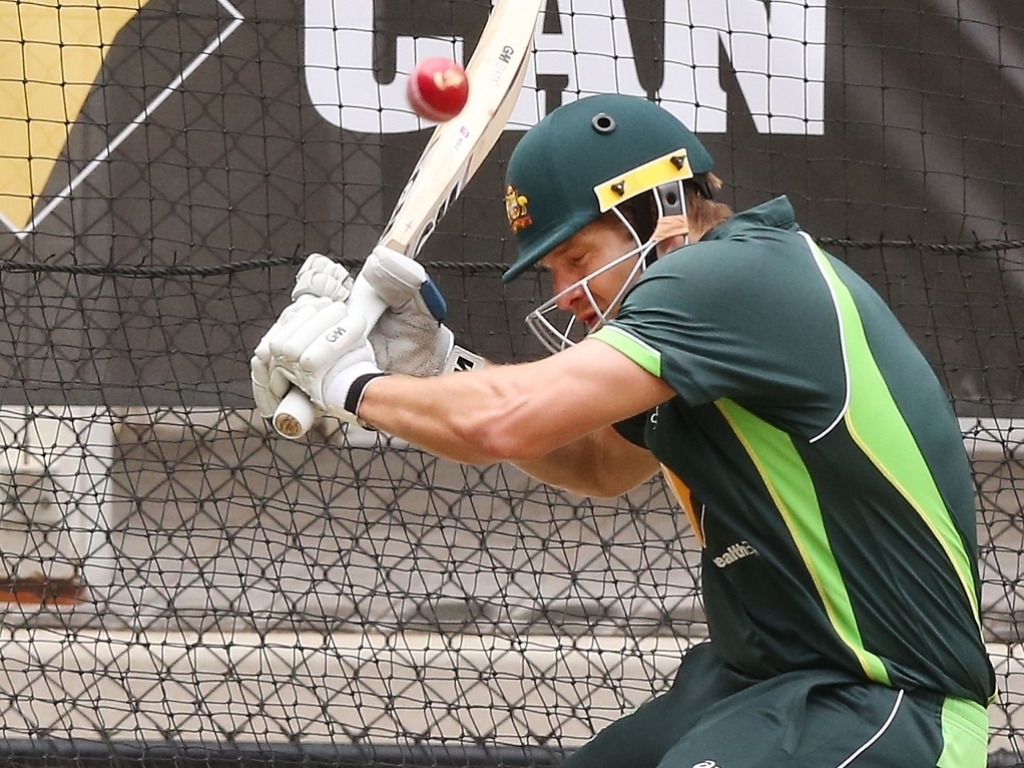 Opener David Warner and all-rounder Shane Watson both took part in training on Wednesday as injury scares eased for Australia ahead of the Boxing Day Test against India.

The pair returned to the fray during a Christmas Eve session at the Melbourne Cricket Ground.

Warner, batting for the first time since hurting his thumb in the second Test victory over India in Brisbane last week, was soon driving and hooking with little sign of discomfort.

Watson, who was dazed when struck on the helmet by a bouncer on Tuesday, took on a bowling machine in the indoor nets before moving outdoors.

The blow sparked concern Watson might have sustained serious injury, coming after Australian batsman Phillip Hughes was killed by a bouncer on November 25.

In a sure sign Warner was on the mend, he told reporters he would keep up the "banter" against the tourists, despite a spate of fines.

Indians Shikhar Dhawan, Virat Kohli and Ishant Sharma have all been fined for their conduct in the four-Test series, as has Warner after a heated exchange in the first Test in Adelaide.

"If it requires a little bit of banter to get the other person talking, that's what is going to happen," said Warner.

Australia believe they have an edge over India in the sledging stakes after Indian attempts to rile Mitchell Johnson backfired with the quick taking four wickets and hitting 88 runs in a match-winning performance in Brisbane.

"I like to go at them, to try and get them to bite back at me when I go out there and bat. At the moment it's working," Warner added.

Meanwhile, Shaun Marsh was struck on his left hand by a rising delivery from Josh Hazlewood in training at the MCG Wednesday. The 31-year-old was assessed by team doctor Peter Brukner and left the nets but later returned.

India trail 2-0 in the series and must reverse a 23-year losing streak in Melbourne to stop Australia regaining the Border-Gavaskar Trophy.