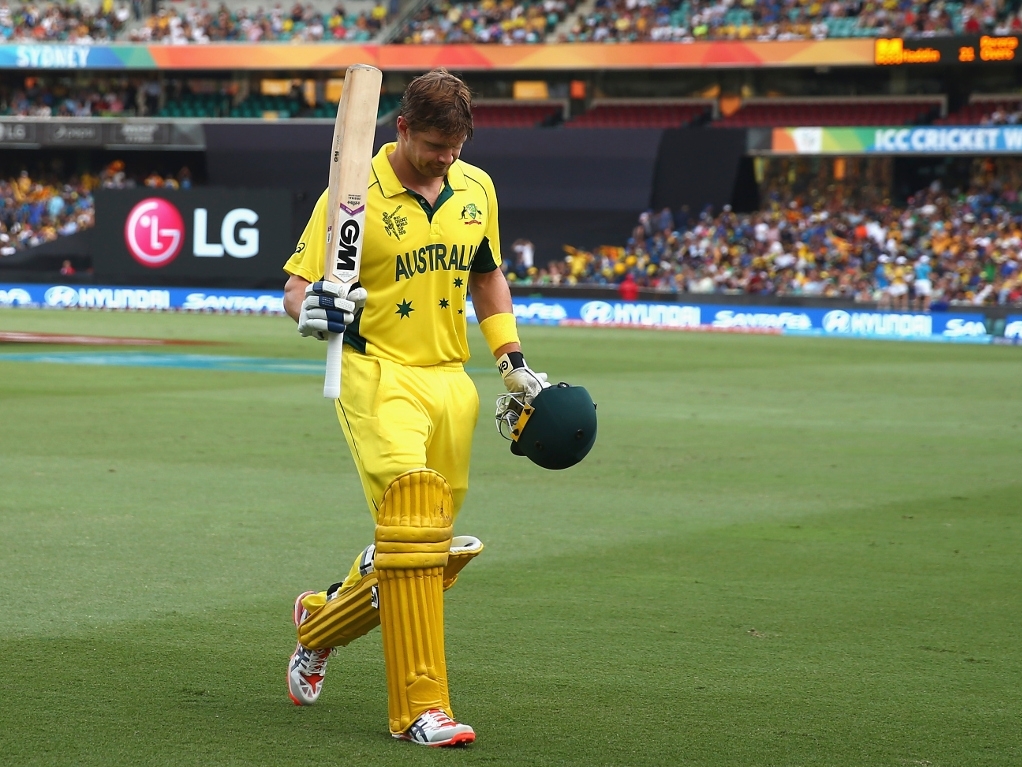 Australia all-rounder Shane Watson isn't taking his place in the side for granted, having experienced being dropped during the World Cup already, but hopes he'll crack the nod in the middle order for their quarter-final against Pakistan.

The Aussies will take on Pakistan in Adelaide, and Watson is set to keep Mitchell Marsh out of the side. He was at a low ebb during the group stage though, dropped for the game against Afghanistan after some poor knocks at number three.

But he was recalled against Sri Lanka, the next game, and went on to make a 41-ball 67 at the SCG while batting at number six, and despite being told he could play no further part in the event, he's now eager to keep his new form going.

Watson said when asked where he thought he'd be coming in at the Adelaide Oval: "I think the middle order for this game if I'm playing.

"I wasn't expecting to play – after being dropped for the Afghanistan game – for the rest of the tournament.

"Rod Marsh at that time made it very clear what their (the selectors) intentions were. It's amazing how things can turn around even quicker than I thought they would.

"(I'm) just lucky the opportunity came around against Sri Lanka and everything I'd been working on and thinking about all came together very much in that innings."

Watson looked back on his poor form for much of the group stage, notably against NEw Zealand where he got out for 23 to Dan Vettori in the one-wicket defeat. He was dropped after that, and had to make a few mental changes.

He added: "When it really sunk in I'd been dropped it really hurt there's no question and thinking at the time that that was going to be potentially my last chance of playing in a World Cup at home.

"But I just knew I hadn't scored enough runs, simple as that. I knew I was very, very close to be able to nail it, I really did.

"The couple of weeks in the lead up (to the New Zealand game) I just had to change a few things; one with my technique but also my mental approach to how I was going to really take on the one-day games at that time.

"I was just trying to take too many risks when I was batting, trying to hit the ball in the air way too much, which meant I was exposing myself and giving myself a chance of getting out, especially at crucial times.

"The lead up to the New Zealand game, I just worked on a couple of things technically to be able to free up my game a little bit.

"I felt I was well on the way there, hitting the ball easier without having to force it as much.

"The mental approach definitely wasn't exactly right – getting out to Dan Vettori the way I did was definitely a mental error, it certainly wasn't a technical error.

"I knew all of a sudden that I had to make some adjustments to how I was playing because it hasn't been good enough.

"It hadn't been smart enough as well, the way that I've been batting I was just lucky that I got another opportunity (against Sri Lanka) to be able show it to myself that the things I'd made adjustments to were able to click straight away."